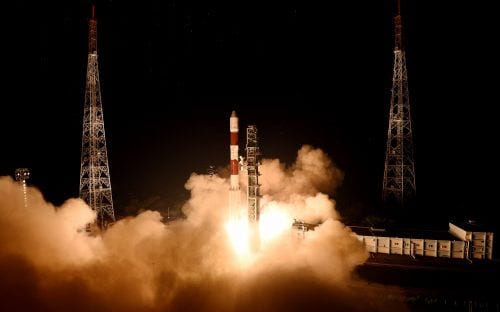 New Delhi: After sending missions to the Moon and Mars, ISRO is now readying a spacecraft to orbit Venus to study what lies below the surface of the hottest planet in the solar system and also unravel the mysteries under the sulfuric acid clouds enveloping it.

Addressing a day-long meeting on Venusian science, ISRO Chairman S Somnath said the Venus mission has been conceived, project report has been made and money has been identified, and urged scientists to focus on high impact outcomes.

"Building and putting a mission on Venus is possible for India in a very short space of time, as the capability today exists with India," Somnath said in his inaugural address.

The space agency is eyeing the December 2024 window for launch with orbital maneuvers planned for the following year when earth and Venus would be so aligned that the spacecraft could be put in the neighbouring planet's orbit using a minimum amount of propellant. The next similar window would be available in 2031.

Indian Space Research Organisation (ISRO) Chairman Somnath cautioned against repeating experiments conducted by previous missions to Venus and focus on unique high impact outcomes as were achieved by the Chandrayaan-I and the Mars Orbiter Mission.

"Goal is to review that unique additional knowledge observation can be done and see that we are not repeating what all has already been done. Repeating some of them is not a crime but if we bring uniqueness, it will have an impact globally,”he said.

Among the experiments planned include investigation of the surface processes and shallow sub-surface stratigraphy, including active volcanic hotspots and lava flows, studying the structure, composition and dynamics of the atmosphere and investigation of solar wind interaction with Venusian Ionosphere.

A key instrument on the spacecraft will be the high resolution synthetic aperture radar to examine the Venusian surface, which is covered by dense clouds that make it impossible to view the planet's surface.

The mission will also bring an instrument to Venus to examine the planet's atmosphere in infrared, ultraviolet and submillimeter wavelengths, she said. PTI