Tuberculosis in jails is controllable; but there are certain challenges 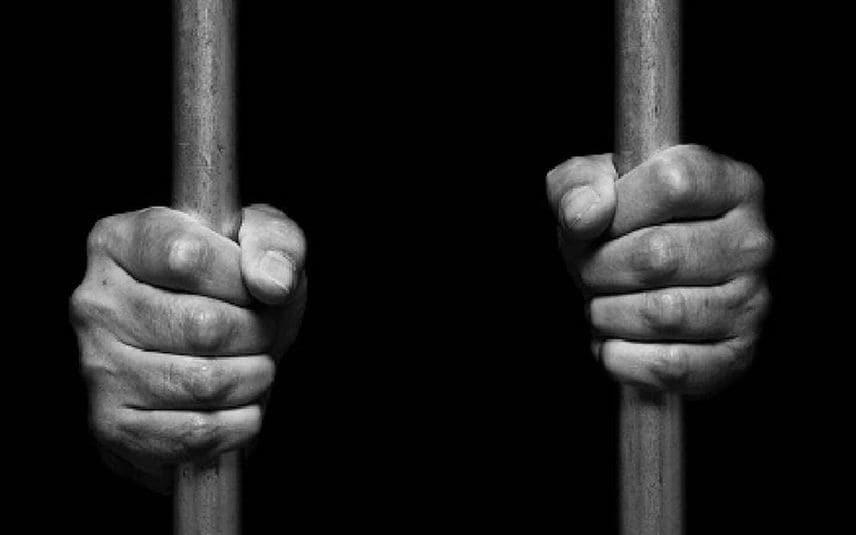 In jails, chances are high for the spread of tuberculosis. The inmates of jails come from different places and different circumstances. Many among them will be having diseases. Some may be aware about their health condition, but will not reveal the same. Some others may come to know about their disease only when they reach the jail. Earlier, tuberculosis was a more common disease. But the jails in Kerala are now able to control tuberculosis effectively as a result of continuous efforts.

Kerala has 14 district jails, three sub-jails under each of them, three central jails, three women's jails and two open jails. In all these jails, tuberculosis patients receive good observation and treatment. At present, the number of tuberculosis is very low in the jails of Kerala. The reason for this is the collaborated actions of TB Centres and the Jail Department.

The tuberculosis control at the Kozhikode district jail is a good example. At present, there are only two cases here. Usually there is a practice in jail that detailed medical examinations are done right when a new inmate is admitted to the jail. They help to find out if the person has symptoms of tuberculosis. There is no need to take the prisoner outside for tuberculosis test. The sputum sample is taken and sent to the TB Centre. After the tests, the results are given immediately. If the prisoner is found to have tuberculosis, treatment begins without delay.

How to detect depression in TB patients? ...

This will be done under the proper supervision and follow-up of the TB Centre. The patient will be isolated from other inmates. They will be accommodated in a special cell and will be provided with medicine and food. The service of the jail doctor will also be provided, if necessary. Prisoners with tuberculosis, HIV and Sexually Transmitted Diseases(STD) are provided with treatment in this manner, in isolation. However, controlling tuberculosis in jails is fraught with certain challenges, compared to the outside.

No treatment and follow-up after coming out from the jail

This is a crisis. As they are criminals, if the go out of jail after getting bail or parole or completing the sentence, it will be difficult to trace them and continue the tuberculosis treatment. Those who come forward for getting treated on their own are very few. Some may not even have an address. If they are from other states, it will be difficult even to find them. In this phase, their tuberculosis treatment will also stop midway.

If the treatment is not completed, it will lead to a situation called Multidrug-resistant tuberculosis (MDRTB). This is a challenge to the eradication of TB.

"Once a native of Tamil Nadu came to the jail. He said he had TB. In examination, it was found that he also had HIV. When contacted the place where he had been earlier, it was found that he had been provided with ART treatment for HIV. He hadn't revealed that. So, treatment for HIV and tuberculosis started for him. But there was no follow up after he was released on bail. His condition will be revealed only when he reaches some place like this.

As the treatment for tuberculosis was stopped midway, even if it is diagnosed in the future, it would have turned into MDRTB"- said Sreebesh, Counsellor at the Integrated Counselling and Testing Centre at Kozhikode District Jail.

In Kozhikode, the prisoners are mainly those involved in narcotic cases. They won't even be able to identify if they have any symptoms. Whatever be the symptoms, their solution will be drug abuse. They would not also undergo treatment properly. It is not easy to handle such persons. Not only that, once they are out of the jail, it will be difficult to trace them for follow-up. If they are at a certain place today, tomorrow they will be somewhere else. They won't have address or even phone number.

The police will give more importance to case-related matters, than to health-related matters. The drug abusers who are affected by tuberculosis can cause to spread the disease. TB Centre in Kozhikode collaborates with an NGO to find them and bring them for treatment. Through this NGO, such persons are brought to the TB Centre and provided with treatment. This is continuing successfully.

Earlier, when a jail inmate is found to be having TB, it was much difficult to refer them to a doctor and take them for treatment. Because, the protection of the police is needed when they are taken out and has some legal formalities. This was a bit difficult. But now, the TB Centre authorities come here directly and do everything. So, it is safe. Arrangements for treatment are also made in cooperation with the government hospitals in the respective areas.

Here we have one person who has Extra Pulmonary TB. He didn't know that he had TB. Stomach pain was the symptom. When tests were done, the person was found to be affected by abdominal tuberculosis. Later he had to be admitted to hospital for treatment, Sreebesh added.

Counselling centres are operating in jails. Each new inmate to the jail will be tested to know if they have any symptom. They will be asked if they have any symptoms like cough or loss of weight. If anybody has such symptoms, they will be referred to TB Centre immediately. Further procedures will be done by the TB Centre. HIV test will also be done along with this. The jails also provide treatment for the HIV patients.

A whole TB Wing is operating in central jails. The service of the jail doctor is also available. In Kozhikode district jail, doctor will be present two days a week. The doctor will also come at other times, if there is emergency. However, the absence of a permanent doctor is creating difficulties.

Camps are often conducted in sub-jails. This helps to identify tuberculosis patients. If symptoms appear in someone when there is no camp, facilities are there for the doctor to visit the jail and do everything.
Training camps are also conducted at regular intervals for jail officials.

They create awareness among the officials regarding tuberculosis, how to identify the disease and what all precautions should be taken. Kozhikode district TB Officer Dr. P. P. Pramod Kumar says that this has helped to improve the operations of the jails.

"TB control can be done properly if each jail has the cooperation of TB Centres in the respective districts. Kozhikode district jail is an example for this. TB Centre employees coming directly to the jail and taking samples is easier than taking prisoners outside the jail with police protection for doing the sputum test. This helps to start the treatment as early as possible.

Though there are lack of enough staff and other problems, we are able to overcome all these. All we need to do is to be determined to get it done. It can be done. All jails can follow this model. Kozhikode TB Centre puts forward this model," says Dr. P. P. Pramodkumar.

How to detect depression in TB patients? Here are a few things to note