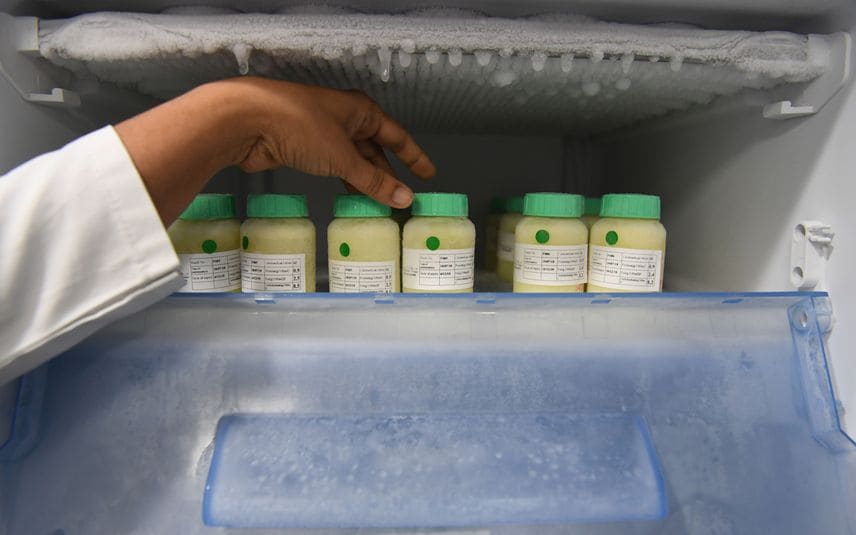 Nearly 1,16,315 millilitres of pasteurised milk has been distributed to 14,000 batches from the milk bank. This milk has been dispensed for infants who could not avail breast milk. Among them, the babies admitted to Intensive Care Units will get priority. The breast milk stored in the bank will also be distributed considering the stunting, underweight and micronutrient deficiencies in babies; contagious diseases, death or ventilator cases, and lack of milk production in mothers; and so on.

The officials informed that the women who delivered babies from Govt Medical College, the breastfeeding working women of the hospital and nearby institutions are behind the success of this mission. The mothers can donate milk if their children are unable to have breast milk due to any illness. The breast milk has been dispensed through the banks free of cost.

At least 700 millilitre to 1.5 litre milk is being collected on average through the breast milk bank in Kozhikode Medical College. The milk received from many will be pasteurised together under 60 degree centigrade and will be preserved in a specially set up room with necessary facilities. The milk could be stored for months in the freezer. It will be distributed for use only after conducting tests to prove the milk is bacteria free.

Currently, the authorities are able to distribute milk only for children admitted to the Medical college. The next mission of the department is to transport the milk to other hospitals and set up breast milk storage facilities at regional level, said the head of the Paediatrics department Dr VT Ajith Kumar. For this, more mothers have to be willing to donate milk.

Over one million deaths in Africa linked to air pollution exposure: Report