How to detect depression in TB patients? Here are a few things to note

Kerala is one state in the country that is progressing significantly in tuberculosis detection and treatment. Compared to other states, the number of tuberculosis patients and those who die because of tuberculosis is less in Kerala. However, many false notions exist in our society with regard to tuberculosis. Even though the diagnosis and treatment methods have been modernized, our society continues to alienate those who are affected by tuberculosis. This has been causing certain crises.
Like, those who are affected by tuberculosis may hide it from their dear ones and seek treatment secretly. Some may hide their disease and refuse to seek treatment. Some others may get worried about the disease and suffer from mental stress, not being able to open up to anybody.

In some cases, spouses separate from their partners because of their disease. Kozhikode district TB officer Dr. P. P. Pramod Kumar remembers a husband who deserted his wife and wanted divorce because she had TB. There was also a wife who wanted to end her marriage when she came to know that her husband had TB.

It is a fact that all these are happening in Kerala. Lack of proper awareness about tuberculosis and its treatment is the major reason for this kind of approach.
Today, tuberculosis is a disease which can be completely cured.

This treatment program is designed in such a way that the patient will take medicine under the direct supervision of health workers and ensure that the patient is taking proper treatment. Most of the patients who systematically take treatment in this manner are cured of the disease.

Depression in TB patients
In some TB patients, depression is found as a related condition. The chances for depression are high among those who suffer from any health problems that persist for a long period. These chances increase even further if the TB patient has diabetes or other serious lifestyle diseases. 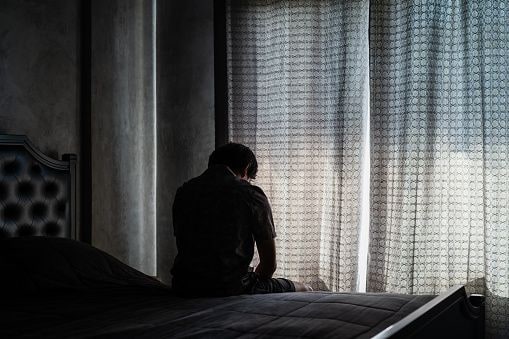 How to detect depression in TB patients?

If at least five of nine symptoms described below persist for two weeks in TB patients, we may assume that they have depression

Reasons of depression
Most often, those who have to face alienation from the society have a higher chance to be affected by depression. The inability to live as they lived earlier owing to the disease, cracks in family relations and loneliness can lead a person to depression.

How to treat depression in TB patients?

If tuberculosis patients have depression, it should be diagnosed fast and treatment should be provided for that too. There are medicines for depression which can be given along with those for tuberculosis. These medicines are those which do not react to the ones that are used for treating TB and they are safe too. These medicines too should be taken from six to nine months. Because, chemicals like Serotonin and Nor-Epinephrine will be less in the brains of those who have depression. The depression-treating drugs are for balancing the measure of these chemicals. By using these medicines for treatment, depression will be cured and the health condition will be improved, which will increase the recovery rate of the patient.
But if depression is not treated, it will lead to decreasing immunity and lead to complications.

Counselling and mental support needed
There are many persons among us who were cured of tuberculosis with proper treatment. They are called TB champions. These TB champions often get together under the aegis of TB Centres. These gatherings aim to be a platform to share experiences related to treatment and matters like that.

Such programs help to eliminate despair and other problems among the champions as well as to provide them mental support. In order to provide relief to the patients who are suffering from mental tensions, it is necessary to provide counselling to the patients and their family members, if needed.

Tomorrow: Tuberculosis in jails is controllable; but there are certain challenges

Tuberculosis in jails is controllable; but there are certain challenges