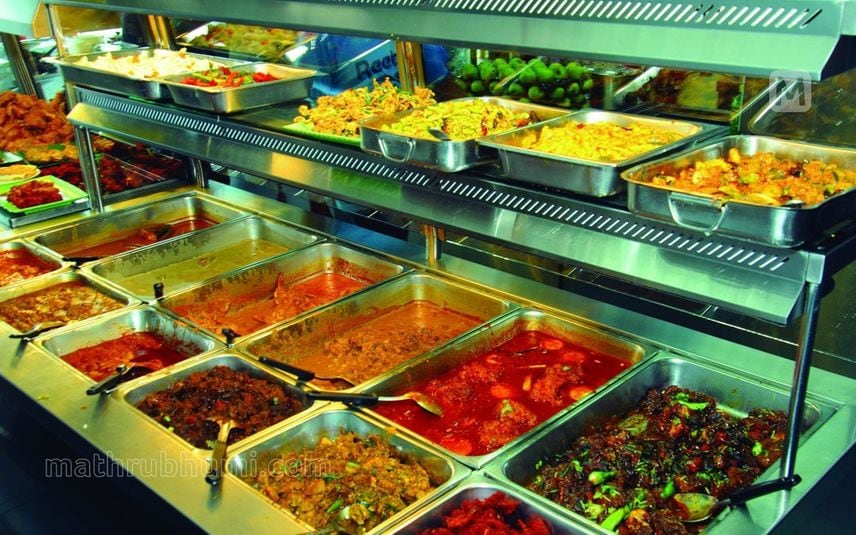 Shigella, Salmonella or E.coli? Which bacteria would they be getting, is what would be running in the minds of Keralites as they order food from an eatery, whether dining in or ordering via an app.

This comes in the wake of a spate of suspected food poisoning cases in various parts of the state which last year got the second position at the national level in the State Food safety index, as part of World Food Safety Day.

Despite this honour, the inspections carried out by the Health department -- on account of the suspected food poisoning incident in Kasaragod -- has revealed that more than a thousand eateries across the state were unlicensed or unregistered and had hundreds of kilograms of unclean meat in their storages.

This would lead one to ask whether such inspections were carried out in the past and if yes, could it have prevented the Kasaragod incident where 16-year-old Devananda died and 58 others fell sick after consuming 'Shawarma' which health authorities later found out was contaminated with Shigella and Salmonella bacteria.

Shawarma is a Levantine dish containing thinly sliced pieces of marinated meat, like lamb, chicken or beef rolled into a flat bread.

A query by PTI to state Health Minister Veena George on whether regular inspections in the past could have prevented the incident went unanswered.

Eating out is not often considered as a healthy option by many due to the manner in which the food is cooked -- like using too much oil, spices, salt or preservatives -- but now there is the added danger of bacterial contaminants also being a part of the ingredients.

Would this deter people from eating out? Would it make them think twice? The answer is yes for some.

Aswany S L, a banking professional in Pathanamthitta, told PTI that she recently suffered from food poisoning after eating a vegetarian dish from a well-known hotel in Kollam and had to be hospitalised for 3-4 days before she got better.

Similar was the experience of Binu Sankar, a banking professional in Kochi, who suffered from food poisoning about a month back after eating out at an eatery in Munnar.

"Since I live in PG (paying guest) accommodation, I end up eating from outside at least once a day. But now I am worried about doing so," he said, but added that presently he has no other option.

Sudha, a housewife in Kochi, said her family used to eat out often, but now she is worried to do so and trusts only very well-known hotels that have excellent customer ratings.

However, the Kerala Hotels and Restaurants Association (KHRA) believes that the roadside or unlicensed eateries are to blame for such incidents and not the ones that are licensed.

The association's general secretary K P Balakrishna Poduval, speaking to PTI, said, "Hotels run by our members are licensed and therefore, they have to provide safe food else they stand to lose their licence. This is not the case with the roadside or unlicensed eateries."

While Shigella is one of the leading bacterial causes of diarrhea worldwide and is an intestinal infection caused by a family of bacteria, Salmonella infection (salmonellosis) is a common bacterial disease that affects the intestinal tract.

With Shigella being detected in the food samples of the eatery and the test results of some of the 58 patients, the Kasaragod district administration geared up for action by treating it as an outbreak.

The incident also pushed the Kerala government to jump into action which till May 13 had carried out 2,857 inspections across the state according to figures in a health department release.

The press release also said action was taken against 263 shops that were not licensed or registered, notices were issued to 962 institutions and 367 kilograms of unclean meat was seized and destroyed.

These eateries, which were functioning in violation of the norms, came to light only after the raids and inspections and if such checks had been done regularly in the past, the Kasaragod incident could have probably been prevented.

Prevention is better than prosecution, that is what even the Kerala High Court said after it initiated a public interest litigation (PIL) on its own to look into the suspected food poisoning incident in Kasaragod.

The court said it was of the prima facie view that had the enforcement been more effective, the incident could have been averted and therefore, constant monitoring and enforcement cannot be the exemption, but the rule.

It also said reactions cannot be merely in consequence to such horrific incidents or in the manner of a 'Pavlovian response' and must be a continuous process around the year since prevention is better than prosecution.

The court's observations came after the Food Safety Commissionerate said that in the last two financial years, 12,683 samples were taken, 538 prosecutions launched, along with 832 adjudication cases and that the horrific incident was "unfortunate and isolated".

However, what happened in Kasaragod was not an isolated incident.

Instances of suspected food poisoning were also reported in the last two weeks from several districts, including Malappuram, Kollam, Wayanad and Ernakulam for which KHRA blames unlicensed food outlets, like the one in Kasaragod.

This has been conceded by the Food Safety Commissionerate also before the high court where it said the establishment in Kasaragod did not have a valid food safety licence.

The KHRA has also alleged that minor deficiencies in establishments of their members were being projected as major violations, in the news and social media, by the inspecting officials and that the inspections were being carried out only to get media attention that was resulting in projecting Kerala as a place where hotels and eateries were unhygienic and food not fit for consumption.

The association said this would adversely affect the tourism sector in the state as tourists would think twice before visiting Kerala.

The Kerala Traders and Industrialists Coordinating Committee has alleged harassment by the inspecting officials.

S S Manoj, state president of this body, said in a release that the inspecting officials were turning a blind eye to small shops on the roadsides which are functioning in violation of all rules.

He further alleged that samples collected from hotels were not being sent on time for testing and as a result, they become spoiled by the time they are tested.

A query by PTI to the state Health Minister regarding these allegations also went unanswered.

While the inspections of eateries were conducted only after the Kasaragod incident, the Health department had been taking steps to ensure the public gets good fish and jaggery through its 'Operation malsya' and 'Operation jaggery'.

Both operations led to seizure of huge quantities of fish and jaggery that were stale or unfit for consumption.

The Health Minister also told reporters recently that soon eateries would be categorised or classified and given a star rating based on quality of food served and cleanliness of the establishment.

This is a welcome measure, just like the 'malsya' and 'jaggery' operations as well as the inspections subsequent to the Kasaragod incident.

However, the question remains whether such instances of suspected food poisoning could have been prevented and also are these checks or monitoring going to be continued regularly -- a food for thought for the state government and the public.

Shigella, Salmonella or E.coli? Which bacteria would they be getting, is what would be running in the minds of Keralites as they order food from an eatery, ..

The International Thalassaemia Day is observed annually on May 8 to raise awareness about Thalassaemia being a blood disorder, debunk myths related and ..

United Nations/Geneva: The WHO on Thursday said that 14.9 million people were killed either by COVID-19 directly or due to the pandemic's impact on health ..

Shigella infection has once again been reported in Kerala. A seven-year-old boy of Malappuram’ s Puthanathani died on Friday with suspected symptoms of ..