Patient is important than anything, says Pattambi’s popular doctor

Prior to the pandemic, Nambisan was ready to ride pillion to patients’ houses. But, now he is a little afraid to sit on two-wheelers and prefers auto rickshaws more. In today’s world of specialists, Nambisan stands out as a popular doctor. 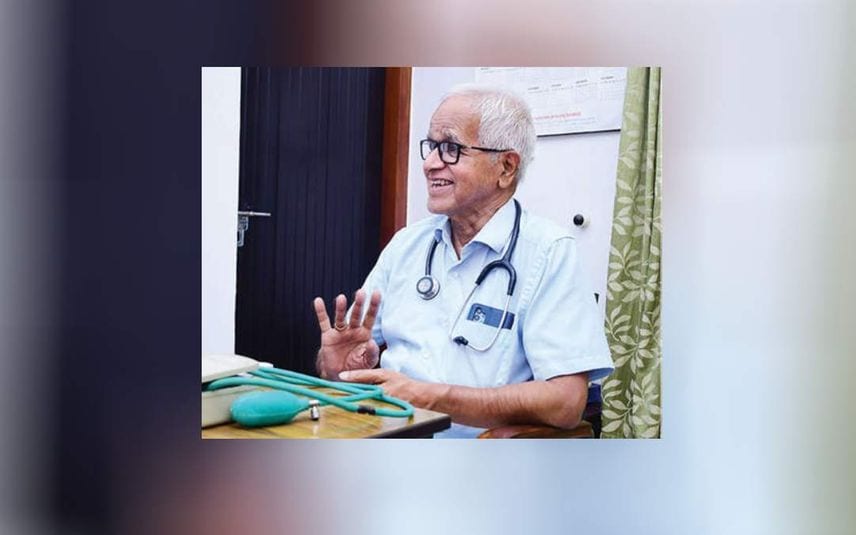 Palakkad: When cholera broke out in Beypore during the late 1960s, Raman Nambisan, then medico at Kozhikode Medical College, vowed that a patient is more important in treatment than anything else.

Memories of these days prompted Dr. Nambisan to keep the doors of his home ‘Kesavathu’ open for patients, even during the pandemic. It’s been 54 years since he took up the profession, yet he still stands by his vow.

Prior to the pandemic, Nambisan was ready to take ride pillion to patients’ houses. But, now he is a little afraid to sit on two-wheelers and prefers autorickshaws more. In the modern world of specialists, Nambisan stands out as a favourite of his patients.

“There will be patients who cannot be taken to hospitals. If their relatives receive small aids from doctors, then it will be a huge relief for them,” said the doctor.

Raman Nambisan was born in 1945 at Perumanoor, Chalissery. He passed MBBS in 1967 and went on to become a tutor at Kozhikode Medical College in 1968. He also practised in numerous health centres, including Chakkarakallu, Pinarayi, Guruvayur, and Pattambi among others.

After retirement, Nambisan has been engaged in poetry writing. Initially, he wrote short poems and shared it on social media. So far, the doctor has published two books namely ‘Akshara Sloka Sagaram’ and 'Chengannur Sthothrangal’.