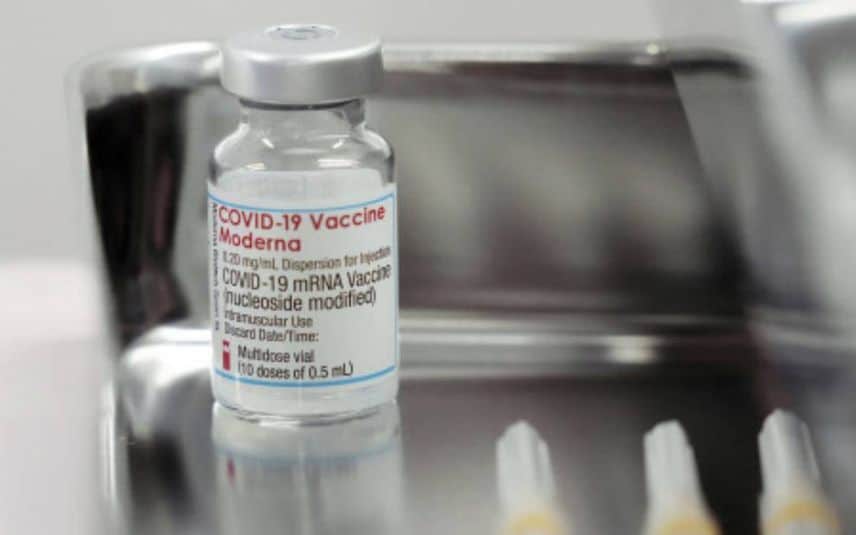 Moderna's vaccine will be the fourth COVID-19 jab to be available in India after Covishield, Covaxin and Sputnik.

"Drugs Controller General of India (DCGI) has granted permission to Cipla to import Moderna's COVID-19 vaccine for restricted emergency use in the country as per the provisions of the New Drugs and Clinical Trial Rules , 2019 under Drugs and Cosmetics Act, 1940," a source told PTI.

In separate communications, Moderna on June 27 informed DCGI that the US government has agreed to donate a certain number of doses of its COVID-19 vaccine through COVAX to India for use here and sought an approval from the Central Drugs Standard Control Organisation (CDSCO) for the vaccines.

On Monday, Cipla, on behalf of the US pharma major, requested the drug regulator for import and marketing authorisation of these jabs.

"This permission is for restricted use in emergency situations in public interest. The firm has to submit 7 days safety assessment of the vaccine in first 100 beneficiaries before rolling out of vaccine for further immunisation programme, according to the approval order," an official said.

On Monday, Cipla filed the application seeking permission for import of Moderna's vaccine referring to DCGI notices dated April 15 and June 1 according to which if the vaccine is approved by the USFDA for EUA, the vaccine can be granted marketing authorisation without bridging trial and assessment of safety data of first 100 beneficiaries of vaccines shall be submitted before rolling out in immunisation programme.

Also, the requirement of testing of every batch by Central Drugs Laboratory (CDL), Kasauli can be exempted if the batch/lot is released by the CDL of country of origin, however summary lot protocol review and scrutiny of documents shall be undertaken by the laboratory for batch release according to standard procedures, Cipla said referring to the DCGI's new revised rules.

Further, Moderna through a separate communication has informed that the US government has agreed to donate a certain number of doses of the Moderna vaccine, mRNA-1273, through COVAX to the government of India for use in the country and has submitted the dossiers through e-mail.

"This correspondence is to request the CDSCO to open a file for approval of these urgently needed vaccines," Moderna said.

On June 1, in a bid to expedite the rollout of vaccines, the DCGI decided to waive testing of batches at CDL for foreign-manufactured vaccines that have been approved by international drug regulators such as the US FDA, the UK's MHRA or the WHO.

The central government in April issued detailed guidelines and proactively eased entry of foreign made COVID-19 vaccines approved by US FDA, EMA, UK's MHRA and Japan's PMDA, and WHO's Emergency Use Listing into India.

According to the guidelines, these vaccines will not need to undergo prior bridging trials. The provision was further amended to waive off the trial requirement altogether for the well-established vaccines manufactured in other countries.