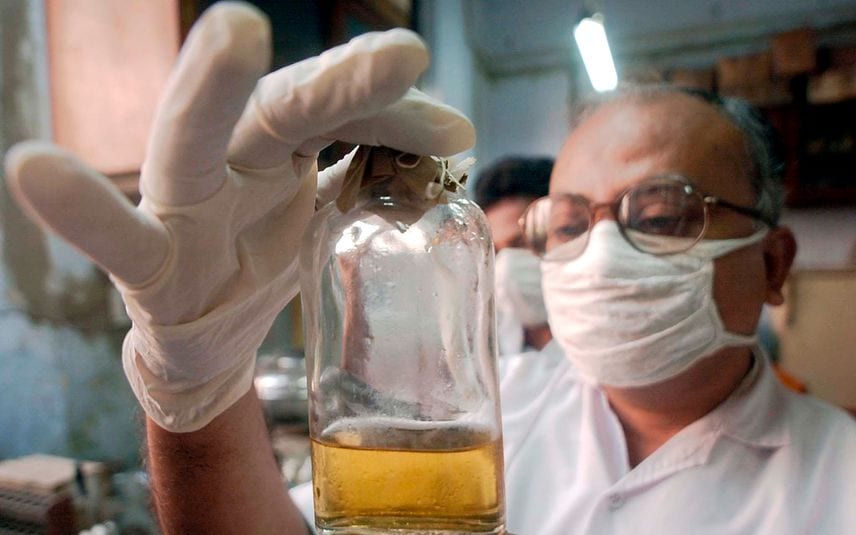 A laboratory assistant checks for growth of anthrax bacteria in a culture medium/ File Photo: AFP

Thiruvananthapuram: The state government on Wednesday confirmed that the deaths of wild boars in Thrissur’s Athirapilly forest region in the last few days have been due to an anthrax outbreak. "Wild boars have died en masse in the Athirappilly forest area. Subsequently, the Health Department, the Animal Husbandry Department and the Forest Department conducted an investigation. Samples were tested to confirm the case of anthrax infection," Health Minister Veena George said in a statement.

She said the health department is taking immediate steps to prevent the spread of anthrax. The health department said the people who went to remove and bury the carcasses of the wild boars are being monitored. They are also being given the necessary preventive treatment, it added. If animals, including wild boars, are found to be dying en masse, special care should be taken, the health authorities said and asked people not to go to such places. They also requested people to report to the authorities if any such cases are noticed.

At this juncture Mathrubumi interacted with veterinary expert PK Muhsin to know more about anthrax. Here are the major factoids shared by him.

Anthrax is caused by a spore-forming bacterium named Bacillus anthracis. It mainly affects animals, especially cattle. This is considered as a sporadic disease that occurs in isolated places. Humans can become infected through contact (skin cut or scratch) with an infected animal or by inhaling spores. The disease can be seen in horses, pigs, goats and elephants. In humans, anthrax is seen as woolsorters' disease. Presence of non-healing wounds on face, hands, lungs, brain and intestines are the common symptoms.