One of the most followed persons on Twitter, Tharoor began writing at the age of six and has written more than 15 books. 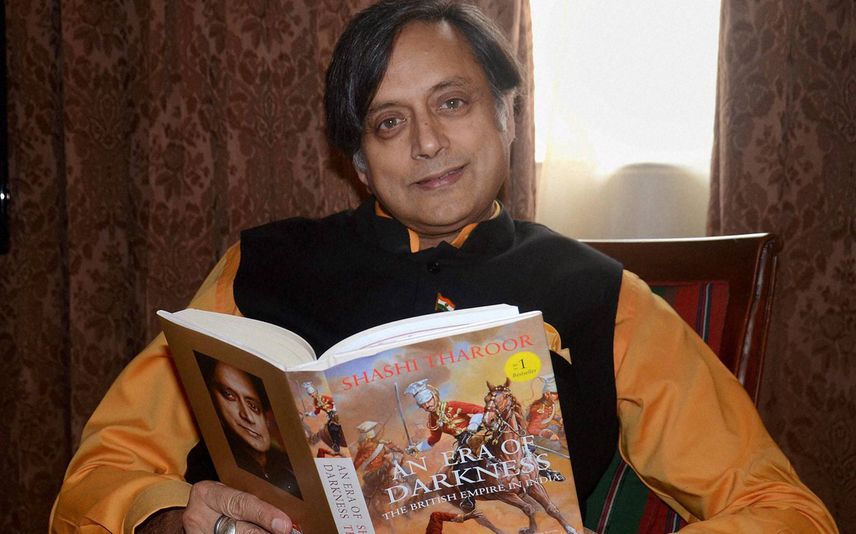 Congress leader Sashi Tharoor with his book 'An Era of Darkness' . Photo: PTI

A politician, author, columnist and former international civil servant, Shashi Tharoor is known for his command over the English language. One of the most followed persons on Twitter, Tharoor began writing at the age of six and has written more than 15 books.

Let’s take a look at the Top 5 books of the acclaimed writer.

‘An Era of Darkness: The British Empire in India’ by Tharoor reveals with accurate research and wit, the disastrous realities of the British colonisation in India. The book highlights the British plunder of Indian resources and how the Britons exploited India for their own benefits.
‘Pax Indica: India and the World in the 21st Century’ is a guide to India’s foreign policy. It talks about India’s diplomatic ties with foreign nations and proposes ideas on formulating pragmatic relationships with other countries.
The book serves as an introduction to the history of Hinduism and the core tenets of the religion. The book is segmented into three parts and includes a brief history of Hinduism, the rise of modern Hindu nationalism and the deplorable aspects of Hindutva politics.
‘Nehru: The Invention of India’ by Tharoor is a short biography of Jawaharlal Nehru, the first Prime Minister of independent India. It tells the life-story of a man, who sought to educate the Indian masses about democracy through his own personal example.
Tharoor’s ‘Great Indian Novel’ is a satirical work that recasts the story of Indian epic ‘Mahabharata’ in the context of the Indian freedom struggle. It retells the story of India’s independence utilising the characters, incidents and issues from the mythological tale.

A politician, author, columnist and former ...