Rishi Kapoor's question made me conscious of my caste: Shashi Tharoor

I was reigning over the theatre when my classmate, Rishi Kapoor, youngest son of Raj Kapoor asked me a question. “What is your caste?” I felt dumbfounded. Rishi had asked me that question in the wake of certain incidents that had happened in the class. 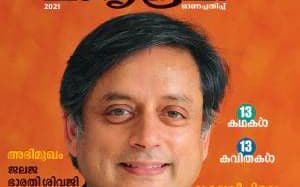 Sashi Tharoor, Congress leader and parliamentarian has remarked that it was Rishi Kapoor, the renowned bollywood actor, who made him aware of his caste for the first time. He made this revelation in an interview with the weekly. Here is the excerpt from the interview.

Johny M L: It has been said that you were introduced to the concept of ‘caste’ during your time in Campion School. What led to that?

Shashi Tharoor: Campion School gave me immense joy. Apart from the numerous learning programmes, the theatre there was quite noteworthy. It was during that period the ‘caste’ incident took place. I was reigning over the theatre when my classmate, Rishi Kapoor, the youngest son of Raj Kapoor asked me a question. “What is your caste?” I was astonished. Rishi had asked me that question in the wake of certain incidents that had happened in the class. Once I had created an uproar in the class by reciting a funny poem and earned well-rounded applause by being the master of the ceremonies. Rishi must have asked me that question after he felt curious and piqued by that incident.

My father had never told me about my religion and caste. He must have felt that it was unnecessary to educate his son on such matters. But Rishi’s response amused me again; Everyone knows their caste, why don’t you know yours? When I told him that I did not know he said - ‘Then you might not be a Brahmin’ and walked away. He never talked to me after that. I asked my parents what my caste was. My father had dropped the caste surname while he was a student at Palakkad Victoria College. He never mentioned his surname or his caste anywhere after that.

Later on, I realised that I have friends belonging to Sikh, Parsi, Muslim, and Christian religions. I had a friend who came from an affluent family. He was recognised as the one with the tape recorder in the Fiat car. I came to know later that he was a Muslim. I realised that I was a nair when Rishi Kapoor asked me that question. I have explained this in my book, India: Midnight to Millenium.