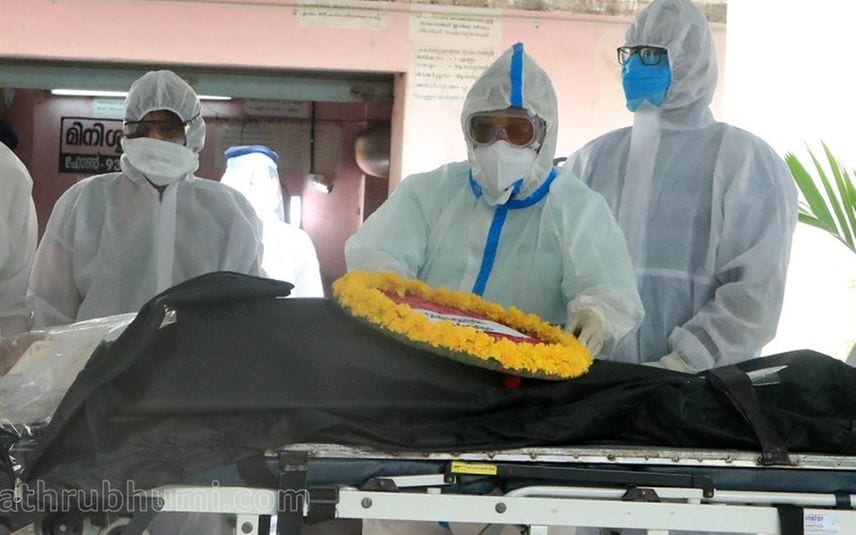 Thiruvananthapuram: The 86-year-old Malayalam poet, environmentalist, social activist and Padma awardee Sugathakumari, who passed away on Wednesday morning at the Thiruvananthapuram Medical College owing to Covid-related problems was cremated with full state honours. Her last rites were performed at the electric crematorium here at 4 p.m.

While Sughathakumari had told the people that she should not be cremated with state honours, the Kerala government did accord her full state honours with police personnel giving the traditional gun salute.

Earlier in the day several prominent personalities, including former Chief Minister Oommen Chandy, Kerala Pradesh Congress Committee President Mullappally Ramachandran and other leaders paid their last respects before a portrait of Sugathakumari. The general public had been barred entry due to the Covid-19 pandemic.