The book is meant to show youngsters how to not let the high school system control them and how to use their voice. When Tisha wrote her first book she was one of the youngest authors in India, Her first novel, 'Pink or Black' was written when she was 16 years old based on her boarding school experiences at The Lawrence School Sanawar. 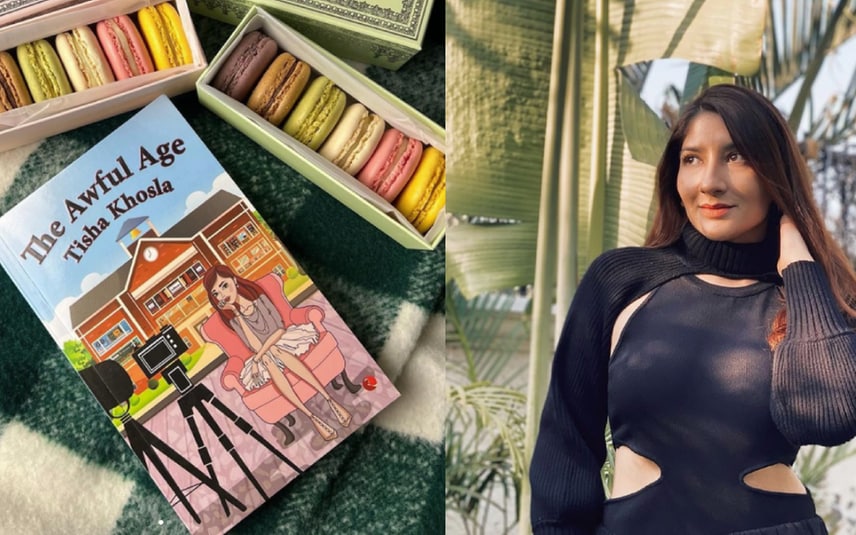 New Delhi: Tisha Khosla's latest book 'The Awful Age,' has been released. The title refers to a very difficult and confusing period everyone goes through called adolescence.

The book is meant to show youngsters how to not let the high school system control them and how to use their voice. When Tisha wrote her first book she was one of the youngest authors in India, Her first novel, 'Pink or Black' was written when she was 16 years old based on her boarding school experiences at The Lawrence School Sanawar.

She used to write a school diary and eventually turned it into a novel. She thought about writing a book when she was still in school because she wanted to write a book by a teenager for teenagers. She also wrote a sequel titled, 'Pink or Black 2, High Drama at High School.' Both her books have been published by Rupa Publications and her books sold over 1 lakh copies respectively and she was nominated for the Golden Quill Book Award.

Her latest book, 'The Awful Age' is the 3rd part of her trilogy but it can be read as a standalone book. The new book is about the character of Tiana who gets wrongfully suspended from her school and how she deals with the damage to her reputation. Its about how she changes the narrative for herself and she does not want this adversity to define who she is going to become in the future.

The book deals with how youngsters should learn to stand up for themselves, to speak up effectively and respectfully because sometimes most important lessons in high school were learnt outside the classroom because beyond the textbooks, many teachers imparted their patronizing sexist ideologies and censorship of speech, all in the name of discipline. That's when Tiana decides to use her voice.

Tisha believes that high school is a microcosm of real society and the behaviours we learn in school are what we carry forward for the rest of our lives, both in personal as well as our professional life. That's why its imperative to stand up for yourself when someone is not treating you right. It's not easy expressing ourselves when we are young but its important to learn to speak up at that age. The Awful Age will hopefully show a few ways of doing that. Along with the message of the books there is also plenty of love triangles, jealous friends and egocentric teachers to spice up Tiana's busy high school life.

It can be read by anyone who wishes they had been more authentic when they were younger and its also for parents of teenagers, so that they can understand how their children can feel misunderstood and how to equip them with the right tools and support. The book will be great festive present to be read during Christmas break.

After writing her first two books, Tisha obtained her Master of Arts Degree in English Literature from University of Westminster, London. She has also studied Filmmaking and Scriptwriting from New York Film Academy, Los Angeles. She then worked as an Assistant Director for Bollywood film Bodyguard(2011) and O Teri(2014) to gain experience with films.

In between her writing, Tisha also conducts Fashion and Styling seminars for Femina Miss India Contestants every year and mentors Fashion Design students throughout India.

In the future, she wants to focus on writing scripts and adapting her books into a screenplay.