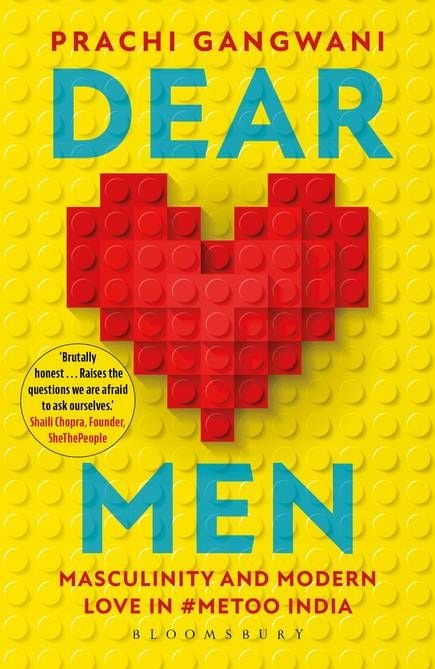 New Delhi, Nov 19 (PTI) A new book, "Dear Men: Masculinity and Modern Love in #MeToo India", shows how Indian men across ages navigate romantic relationships in a country that is still teetering on the cusp of modern and traditional.

The book, published by Bloomsbury India, is written by Delhi-based writer and content creator Prachi Gangwani. It was released on Thursday, a day before the International Men's Day -- which falls on November 19 every year.

"The fight for gender equality is not a fight between men and women. It's a fight against a system which oppresses and limits both the genders - all the genders. In this book, I explore what the patriarchy does to heterosexual men, and how it impacts the way heterosexual men approach romantic relationships," said Gangwani about her new book.

"In post-#MeToo India, where the magnifying lens is on men's behaviour towards women, I hope this book will shed some light on how men navigate this new landscape, as well as how the system and culture we live in enables toxic masculinity," she added.

In the book, Gangwani acknowledges the "huge cultural shift" among men who now seem to be more gender neutral and how they don't see working women or sexually active women as an oddity -- at least on the surface -- but not without adding that there's "still a long way to go".

Direct, often tongue-in-cheek, accessible, and engaging, the book, according to the publishers, is an "investigation of what sexual boundaries really mean to Indian men, how they deal with online dating, manage traditional gender roles, talk about their mental health, if they think romance is still relevant, what marriage means to them, and why they hurt the women they love".

"Dear Men hopes to start an honest and open dialogue with Indian men about subjects that are becoming more and more relevant as movements like #MeToo gain traction," they said in a statement.