In a note shared on his Facebook page, Mohanlal stated that the book is a biography of the artistes whose lives were closely intertwined with the theatre industry. 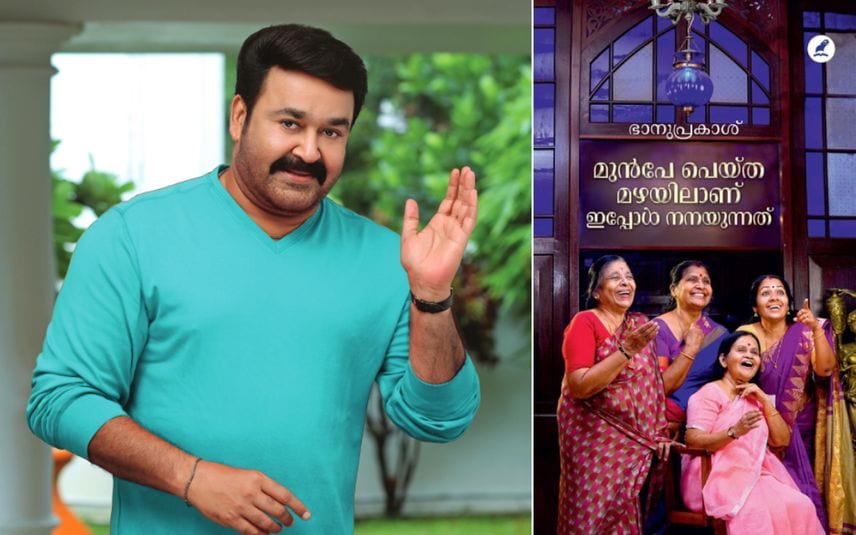 Actor Mohanlal released the book titled 'Munpe Peytha Mazhayilanu Ippol Nanayunnath' penned by writer-journalist Bhanuprakash and published by Mathrubhumi Books on Monday at 10 am through his official Facebook page. The book tells the story of four actresses who survived ordeals in their lives through stunning stage performances. The book release was conducted through Facebook due to the COVID restrictions.

In a note shared on his Facebook page, Mohanlal stated that the book is a biography of the artistes whose lives were closely intertwined with the theatre industry. The book tells the stories of Savithri Sreesharan, Balussery Sarasa, Elsy Sukumaran and Usha Chandrababu, who have been in the theatre industry for over 50 years. It also gives an account of the history of Malayalam theatre and the presence of women in it.

Mohanlal also mentioned in the note that the book does not conclude with the life of these four actresses, but they are only four representatives of the numerous women associated with the industry. Some of them are leading miserable lives during the later phase of life. With the book penned by Bhanuprakash, we should be able to identify them and bring light to their lives, the actor said.

Savithri Sreedharan narrates her life story from the memories of political leader AKG's life in hiding. Balussery Sarasa was a helpless daughter who had to go for theatre performance even before her father was taken to the pyre. Elsy Sukumaran had to face terrible experiences from her own family after she married a man of another religion. Usha Chandrababu who won the state award for best actress four times also went through a life of struggles.