Veteran footballer I M Vijayan released the special edition by handing it over to writer E Santhosh Kumar. 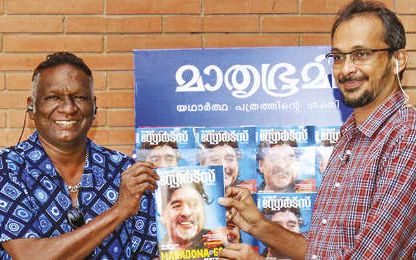 Veteran footballer I M Vijayan released the special edition by handing it over to writer E Santhosh Kumar during the 'Wake Up Kerala' show aired in Mathrubhumi News on Friday morning.

The special edition is totally different in its content. It also contains an interesting write-up by E Santhosh Kumar in which fiction and reality are beautifully intertwined based on the Kannur visit of Maradona.