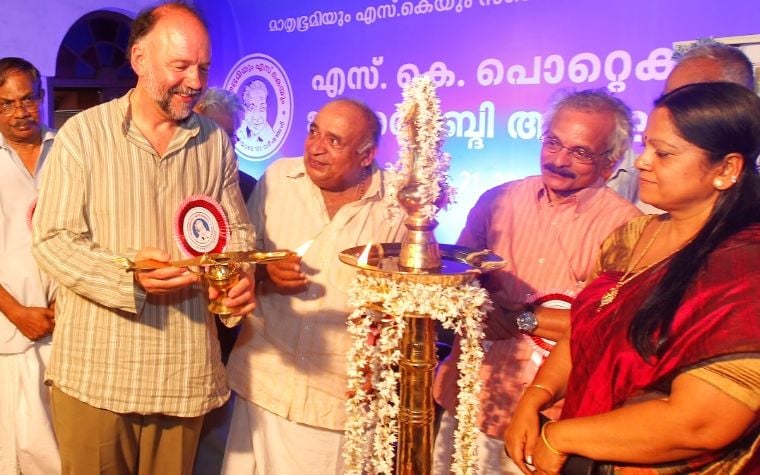 Last night, Sri Vereendra Kumar died – a man of stunning charisma and of great mental power, politician, publisher, writer, journalist, Member of Parliament of India. Once he flew to Kiev together with a delegation of Indian journalists and brought “for autograph” a pack of my books in English. At the meeting, he promised that he would “open” India to me, and he would “open” me to Indian readers. He kept his word, for which I am sincerely grateful to him.

Thus, in 2013 I was invited to be the chief guest at the birth centenary celebrations in Kozhikode, Kerala, of the legendary Malayalam writer, S K Pottekkat. Similarly, I am beholden to Mr. Kumar for having me as a permanent speaker at the Mathrubhumi International Festival of Letters, now into its third edition.

He will be buried in Wayanad, Kerala, on a plateau above the ocean, where the bitter smell of the famous Wayanad black pepper is in the air. You may not know, but your black pepper in the Ukrainian kitchens can also be from there, from Wayanad. The world is intertwined much stronger than you think.

Memories burn bright of a man who perfectly understood that the future of the people depends on their cultural level. He not only understood that, but also spent his whole life so that this level would constantly rise not only in his native state of Kerala and throughout India, but across the world.