The first edition of the book was published by Mathrubhumi Books in 2010. The latest edition was brought out in 2017. 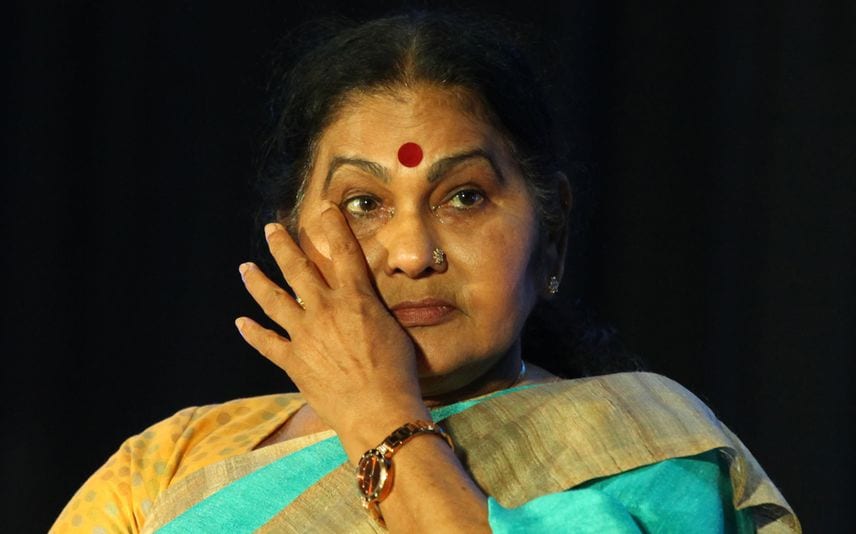 'Katha Thudarum' is the autobiography of KPAC Lalitha, one of Kerala's precious jewels when it comes to acting and a beloved humour icon in the film industry. In her book, Katha Thudarum, she writes about her story and her reel and real-life experiences.

She goes on about her memories and relationships with many important personalities like Padmarajan, Mohanlal, Thoppil Bhasi, Bahadoor, Sreevidya, Adoor Bhasi, Bharathan and others. Lalitha shares many stories about her childhood in the book, her relationship with her father and about the ordeals her family has faced. We can see both cinema and politics standing out in the book.

The first edition of the book was published by Mathrubhumi Books in 2010. The latest edition was brought out in 2017.

This book was prepared by Babu Bharadwaj and is undoubtedly a great contribution to Malayalam film history.

I have a sister, Indira. Our father left us and his studio when our mother was heavily pregnant with the third child. It was just the three of us back then. Indira is ten months younger than me. There was no one to look after us. Police would just raid our place every now and then. We were under the radar of the police during the days and nights.

Our house owners were Congress supporters. One of the daughters of the mother of that house was married to a police officer. Though I did not know his post, I could figure out that he was a high-ranked officer. He used to come to our place often. The police doubted that father was paying us visits.

We used to call the mother of that house, Matemma. Matemma was like a god to us. She looked after us during those days. She used to prepare food for us since our mother was always sick.

One day, our mother went into labour. We were so young and did not know what labour was. Matemma took our mother to the hospital. The journey was in the early morning. The hospital was on the other side of the bridge in Thodupuzha. I remember that fact, but cannot seem to recall any other details about the hospital. Matemma came running at noon and said: ‘Your mother has given birth. A boy and a girl!’ The number of kids in the house doubled within a day.

The house with a mother and 4 children. The house was located on a wayside. If opened the front door, one can directly step onto the road. I used to sleep on a mat laid on the floor, right next to the door. There is a cot on the opposite side of the door. Mother and the babies slept on the cot. The door next to the cot opened to a small room. The kitchen was right after it and then there was a verandah. That was our house. Matemma’s house was close to our verandah.

One night, someone started banging on the door. The door was shaking. Matemma could hear if anyone knocked on our door. Matemma came to our house on hearing the loud bangs.

“What is the matter? There is nobody in here. I am the owner of this house,” Matemma shouted and drove away the police like it was no big deal. She was a strong lady.

Remember that police officer, Matemma’s son-in-law? He had told Matemma before to ask us to burn any books that we had at our place. We had many books in our house. Thick-bound fat books. All of them were Communist books. He put all the books in sacks and took them outside. There were two sacks full of books. There was a tamarind tree behind Matemma’s house. The grave for the baby was dug there. All the books were put into the grave and burned. With that, all evidence of my father’s Communist connection was erased.

Our father did not come to Thodupuzha after that. That studio was left as such, the cameras and everything else was gone. Nobody knows where they went or who took them. Nobody cared to ask either.

It was EMS who first called the actor ‘Comrade Lalitha’