I quoted Sugathakumari's poems in my stories, that's how I honour her, says T Padmanabhan

MG University in Kottayam had given me an honorary doctorate two years ago. I ended my speech by reciting a few lines of Sugathakumari. 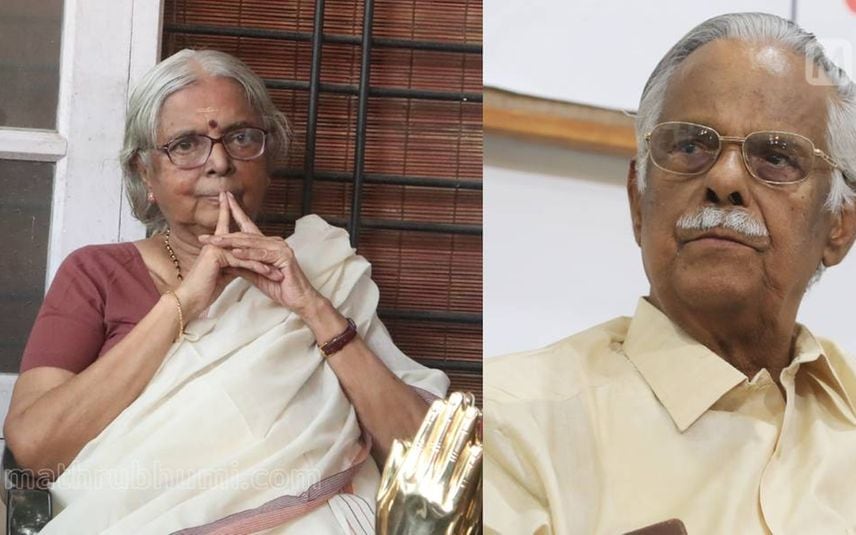 Writer T Padmanabhan condoled the demise of poet and environmentalist Sugathakumari and said that she was the greatest poet of the contemporary times. Talking to mathrubhumi.com, he added that he also is a nature lover but it was Sugathakumari who raised voice strongly against those who destroyed the nature for profit.

“I’m a story writer. I have mentioned name of Sugathakumari and her lines in many of my stories. One of them was the story titled ‘Gowri’ which was written many years ago. Sugathakumari’s poem was quoted in it. Another story is ‘Sathram’ that was included in the recent Onam edition of Mathrubhumi. It also includes name and poem of Sugathakumari,” he said.

“MG University in Kottayam had given me an honorary doctorate two years ago. I ended my speech by reciting a few lines of Sugathakumari. I cannot show my respect more than this. There are thousands of poets here. All who can write letters are poets. They also publish poetry books. But I quote and pay respect to only one. This how I honour her as a writer,” Padmanabhan said.