After receiving the award, Dr M Leelavathy said that the award which she received in the late years of her life is a great relief. 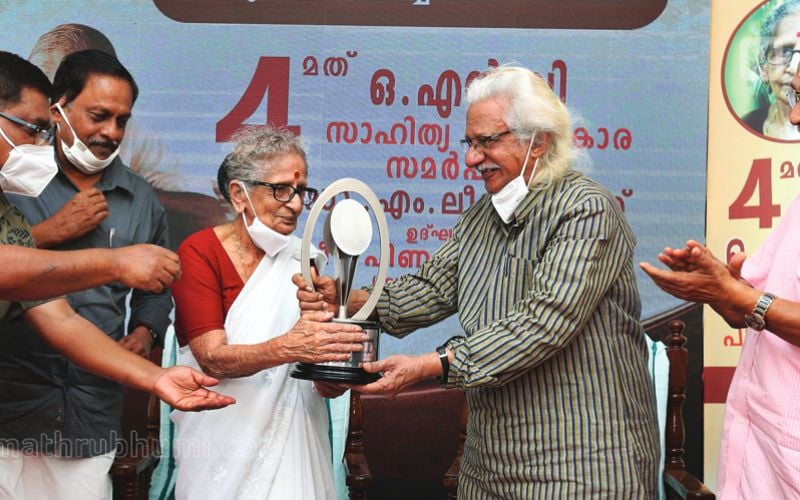 Chief Minister Pinarayi Vijayan inaugurated the award distribution ceremony via online. He said during the online ceremony that writers should not be mere unbiased observers during this dark times.

People are divided on the basis of caste and religion. Even citizenship is determined based on religion and it is a horrific experience. Religion has gripped the politics leaving the Constitution a mute spectator, he added. ONV Kurup was a poet who stood by the common people and that is why he is loved by all, the CM said.

Adoor Gopalakrishnan said in his presidential address that Leelavathy is a person who can definitely be called the 'mother of Malayalam'. After receiving the award, Dr M Leelavathy said that the award which she received in the late years of her life is a great relief.

“All honours given during old age are a consolation. I am happy and sad at the same time. ONV was supposed to talk about me after my death. But I had to receive this in his absence and that makes me sad,” she said.

Leelavathy added that though she had prepared a detailed study on the poetry of ONV and handed it over to Kerala Sahitya Akademi, no further steps were taken after showing the final proof.

Will Adoor’s Elipathayam find a place in Sight & Sound Greatest Films of All Time?