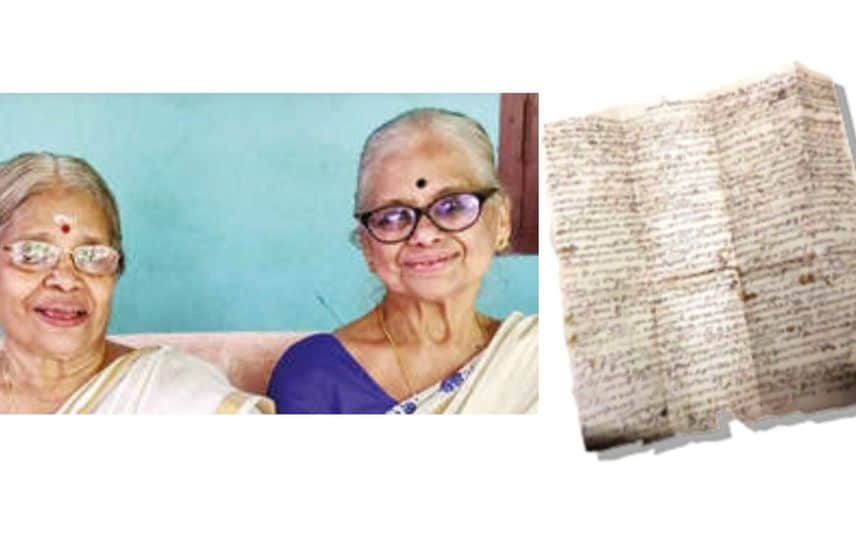 Kochi: Devaki Devi (82) and Arya Devi (80) is all set to publish their father’s literary works which he wrote while in quarantine for smallpox 78 years back. Unfortunately, he succumbed to death during isolation at the age of 28. An anthology of VN Parameswaran Namboodhiri’s collected works named ‘Poomala’ will be published by his daughters in the Covid pandemic time.

The collection includes 51 poems, 9 proses, 3 ‘aattakatha’ (libretto of ‘Kathakali’), a drama and a ‘Sandesha kavya’ (a poem in the form of messages). “I was only 2 years old and sister 4 years when our father passed away after living for just 28 years in this world. But within this short span, he had fought fiercely against the superstitions and injustices in society. We felt it necessary to publish his works now,” said Arya Devi.

The elder sister Devaki Devi had copied the works after collecting the papers and books her father had written. She is living with her daughter in Delhi while Arya Devi resides at Manjummel in Ernakulam. Both sisters together completed editing. Even while rendering a new life to their father’s works, the siblings are dejected with the memories of their father who died without seeing them for one last time.