"The last ten years I have mostly written these western-based novels, these novels mostly based in America, a little bit of England, I think it might be time to come back to India. I think the next book appears to be an Indian novel." 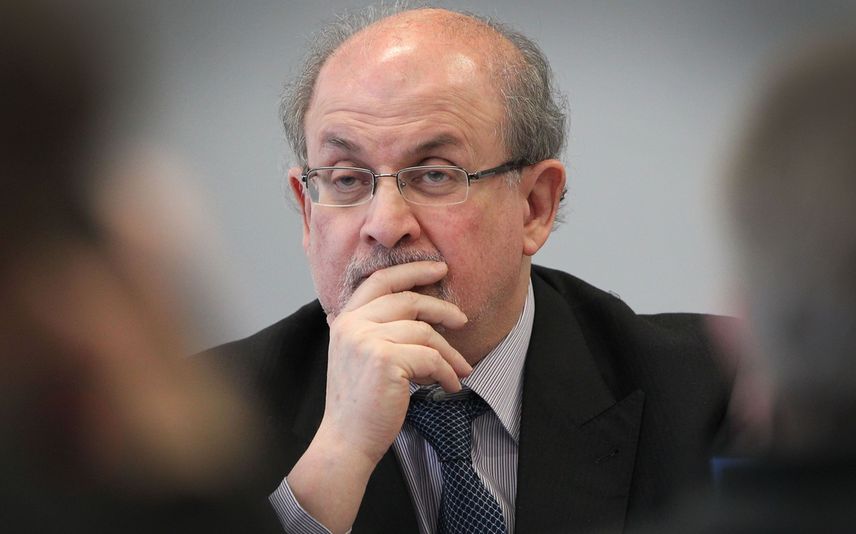 New Delhi: After having spent years away from the country, British-American author Salman Rushdie finally plans to return to India for his next book.

The Booker prize winner, who was speaking at a session of the ongoing Times Litfest, said his next novel is likely to be set in India for which he will have to come back.

"The last ten years I have mostly written these western-based novels, these novels mostly based in America, a little bit of England, I think it might be time to come back to India. I think the next book appears to be an Indian novel."

"It's in a very early stage, so let me get a little further. But it looks like it'll be entirely set in India, which means I have to come to India. It's been very long," Rushdie said.

The author last came to India for the promotion of Deepa Mehta's 2013 film "Midnight's Children", which was based on Rushdie's Booker winning book of the same name.

Rushdie's visits to India have often been embroiled in controversy since his 1988 book "Satanic Verses" caused international religious ire, following which he refrained from visiting the country.

Talking about coming back to India, the author, who calls himself a "Bombay boy", said religious objections or security hassle --- made his coming back to the country "quite difficult".

"Sometimes it is made quite difficult for me to come to India and that can be off putting. Sometimes that's because of religious objections or sometimes it's because of me being engulfed in a kind of security operation that makes it actually impossible for me to be there really," the 74-year-old author said.

However, he promised to return once the world "opened up a little bit".

"So it just became difficult for me and it's sad because it matters a lot to me. I'll be back, I'll be back. Let the world open up a little bit," he said.

Rushdie here also recalled thinking of Indian writing in the English language as the end of a tradition while writing for his "Midnight's Children" in the 1980s.

The current generation of Indian authors, he added, were writing in "every possible style, genre and form", which was "very healthy".

"But now it's a flood and the good thing about that is that the writing that's being done is being done in every possible style and genre and form. So it's a very rich, varied literature now, it's a narrow spectrum. It's a broad spectrum. And I think that's very healthy," Rushdie noted.

The author, who has written 12 novels and as many collections of essays and non-fiction, shared that he writes "more or less like an office job".

"I usually start work by 10 in the morning and I do a day's work like anybody going to work," he said while admitting to working better at night than morning.

The writing process for him also depends on the stage of the book he is at, if it is the beginning then writing for three-four hours would exhaust him whereas he can go over 12 hours at a stretch during the later stages of the book.