Indian-origin British novelist Sunjeev Sahota is among 13 authors longlisted for this year's Booker Prize for fiction for ‘China Room', a novel described by the judges on Tuesday as a “brilliant twist” on the immigrant experience. 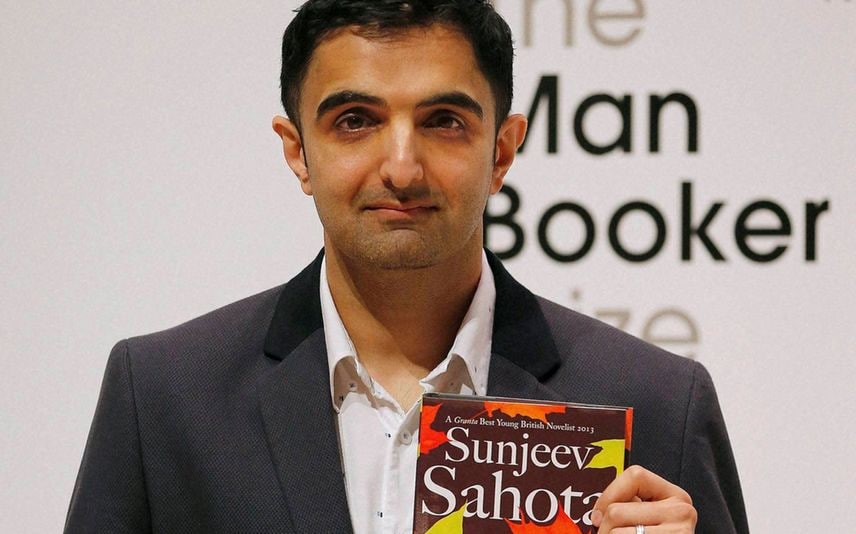 London: Indian-origin British novelist Sunjeev Sahota is among 13 authors longlisted for this year's Booker Prize for fiction for ‘China Room', a novel described by the judges on Tuesday as a “brilliant twist” on the immigrant experience.

The 40-year-old, whose grandparents emigrated from Punjab in the 1960s, has been previously shortlisted for the 2015 Booker Prize for ‘The Year of the Runaways' and is a winner of the European Union Prize for Literature in 2017.

“Weaving together two timelines and two continents, ‘China Room' struck us as a brilliant twist on the novel of immigrant experience, considering in subtle and moving ways the trauma handed down from one generation to the next,” the Booker Prize judges note.

“In crisp, clean prose, and with a dash of melodramatic action, Sahota turns these heavy themes into something filled with love, hope and humour,” they said.

Sahota is joined on the 2021 longlist by previous winner British Japanese author Kazuo Ishiguro for ‘Klara and the Sun' and other previously shortlisted authors South African Damon Galut for ‘The Promise' and American Richard Powers for ‘Bewilderment'.

"One thing that unites these books is their power to absorb the reader in an unusual story, and to do so in an artful, distinctive voice,” said historian Maya Jasanoff, Chair of the 2021 judging panel.

“Many of them consider how people grapple with the past — whether personal experiences of grief or dislocation or the historical legacies of enslavement, apartheid, and civil war. Many examine intimate relationships placed under stress, and through them meditate on ideas of freedom and obligation, or on what makes us human. It's particularly resonant during the pandemic to note that all of these books have important things to say about the nature of community, from the tiny and secluded to the unmeasurable expanse of cyberspace,” she said.

The 13 books on this year's longlist are completed by ‘A Passage North' by Sri Lankan author Anuk Arudpragasam; ‘Second Place' by British-Canadian author Rachel Cusk; ‘The Sweetness of Water' by American writer Nathan Harris; ‘An Island' by South African Karen Jennings; ‘A Town Called Solace' by Cabnadian Maya Lawson; ‘No One is Talking About this' by American Patricia Lockdwood; ‘The Fortune Men' by British-Somali Nadifa Mohamed; ‘Great Circle' by American Maggie Shipstead; and ‘Light Perpetual' by British Francis Spufford.

“Reading in lockdown fostered a powerful sense of connection with the books, and of shared enterprise among the judges. Though we didn't always respond in the same way to an author's choices, every book on this list sparked long discussions amongst ourselves that led in unexpected and enlightening directions. We are excited to share a list that will appeal to many tastes, and, we hope, generate many more conversations as readers dig in,” added Jasanoff.

“In recent years Booker Prize longlists have drawn attention to various elements of novelty in the novel: experimentalism of form, work in unprecedented genres, debut authors. This year's list is more notable for the engrossing stories within it, for the geographical range of its points of view and for its recognition of writers who have been working at an exceptionally high standard for many years,” said Gaby Wood, Director of the Booker Prize Foundation.

“Some have already been rewarded with prizes (a Nobel here, a Pulitzer there). Two are debut novelists. Many have fallen within the Booker's orbit before. To see them brought together, and to hear from them in these books, is to know that literature is in the most capable and creative of hands,” she said.

The shortlist of six books will be announced in London on September 14, with the shortlisted authors each set to receive 2,500 pounds and a specially bound edition of their book.

The 2021 winner, to receive 50,000 pounds, will be announced on November 3 in an award ceremony held in partnership with the BBC at Broadcasting House's Radio Theatre.

The 2020 Booker Prize for Fiction was won by Scottish-American Douglas Stuart for his debut novel ‘Shuggie Bain'. PTI