'The Nationalism Book Auction' to be held on Jan 25

The auction brings together a rare collection of first-editions to the market, most of which have not been offered for sale before. 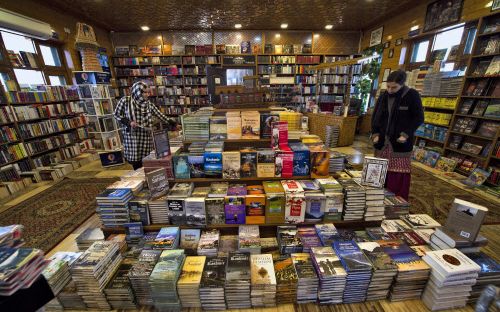 New Delh: Auction house Prinseps is set to host the third edition of 'The Nationalism Book Auction' on January 25.

The auction brings together a rare collection of first-editions to the market, most of which have not been offered for sale before.

Printed in India between the pre-Independence and post-independence period, these books come from a difficult period to source, with few copies having survived. The auction offers a rare glimpse into pre-Independence India, the period which gave rise to freedom fighters, ideologies, revolutionaries and renowned leaders.

Key highlights from the auction Mahatma Gandhi's speeches and writings (Lot 5; Speeches and Writings of M.K. Gandhi, 1922); and a collection of Jawaharlal Nehru's political writings comprising his presidential addresses, followed by some shorter essays written in prison. (Lot 15; India and the World by Jawaharlal Nehru, 1 936).

The catalogue comprises 85 lots, bringing alive a plethora of stories and narratives of distinctive political leaders, authors and philosophers. These literary assets carry an estimated price of Rs 30,000 to Rs 1,00, 000.

Prinseps Vice-President and Curator Brijeshwari Kumari Gohil said, "The third edition of The Nationalism Book Auction brings together a rare collection of first-editions or limited editions that can be considered as irreplaceable in today's age. The books are in an exemplary condition, having been preserved with utmost care."

The auction is currently open for proxy bidding. Besides the auction, Prinseps will also offer a rare auction of select NFTs based on Bhanu Athaiya's drawings and sketches in the forthcoming months.