The award comprises a cash prize of Rs 15,000, a memento and a citation. 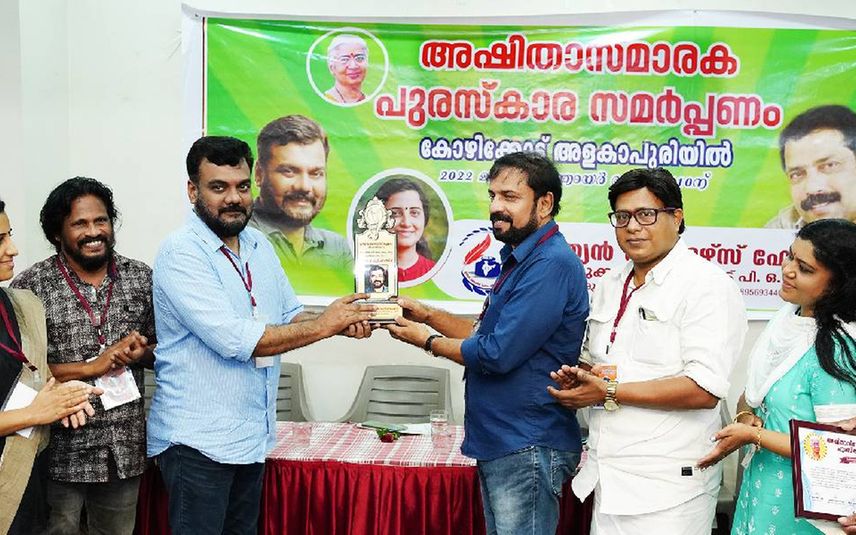 ‘Ashitha was an honest writer,’ Shihabuddin Poythumkadavu said in his memorial speech at the function held in Alakapuri Auditorium here on Tuesday.

‘Ashitha wrote with honest language about her life experiences in an unexaggerated way. Her writings stemmed from spirituality. Actual spirituality is not bound by religion. It is something that enables you to love humans. Her writings could impart that sensation to her readers, so her stories will live on forever,’ he said. He also added that the writings of Santhosh Echikkanam and Smitha Das have the same quality.

Jury Chairman Dr M T Sasi presided over the function. The book ‘Shankupushpangal’ by Smitha Das was introduced by writer M Kunjappa. The function was organised by Indian Writers Forum.