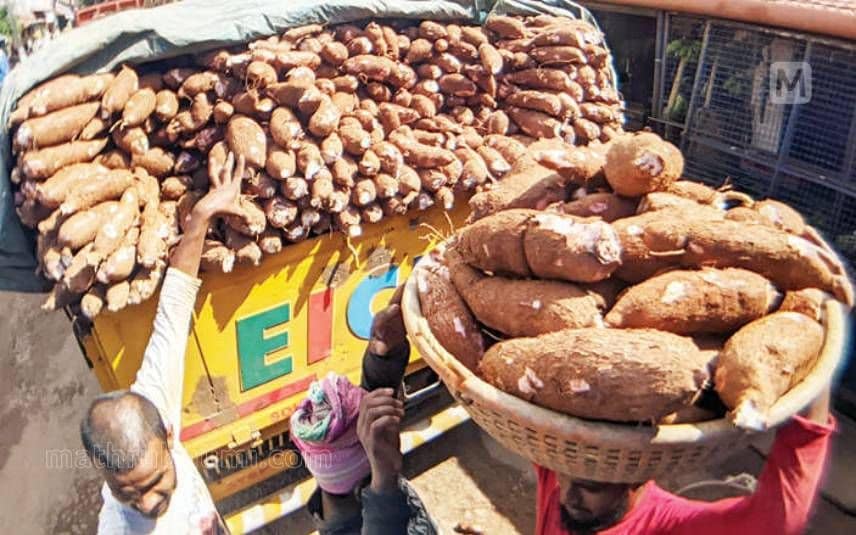 Tapioca has become a superstar in the vegetable market as the price continues to skyrocket. Within a few days, the price of tapioca was increased by Rs 25-27. Now, tapioca is being sold at Rs 40 per kilo.

The price of bananas also increased. Usually, during the rainy season, the banana prices go down. The price of Nendran has been increased by Rs 10-15. According to the traders, the decline in production and the shortage faced in markets led to the price hike.

The tapioca farmers were worried as the price was not increased in the last two years. The price falls also discouraged the farmers from cultivating this crop.
But now, the farmers and traders are attempting to overcome the loss as the market is active. A month ago, tapioca was sold at Rs 15 but now it’s sold at Rs 40 at many places. There will be variations according to quality. During the COVID crisis, tapioca price fell to Rs 12. Now, even the low-quality ones are sold at Rs 40-45.

As a major relief to the farmers, the banana price jumped to Rs 75 from Rs 50. Njalipoovan costs around Rs 78-80 while it was previously Rs 58-60. Robusta which was Rs 31 is now sold at Rs 44. Even Palayamkodan, which was the cheapest, is currently over Rs 40. The decline in production is the major cause of the price hike. Nendran banana is mainly transported from Mettupalayam to Kerala. Meanwhile, the indigenous banana varieties which are available in the market are getting sold out fast