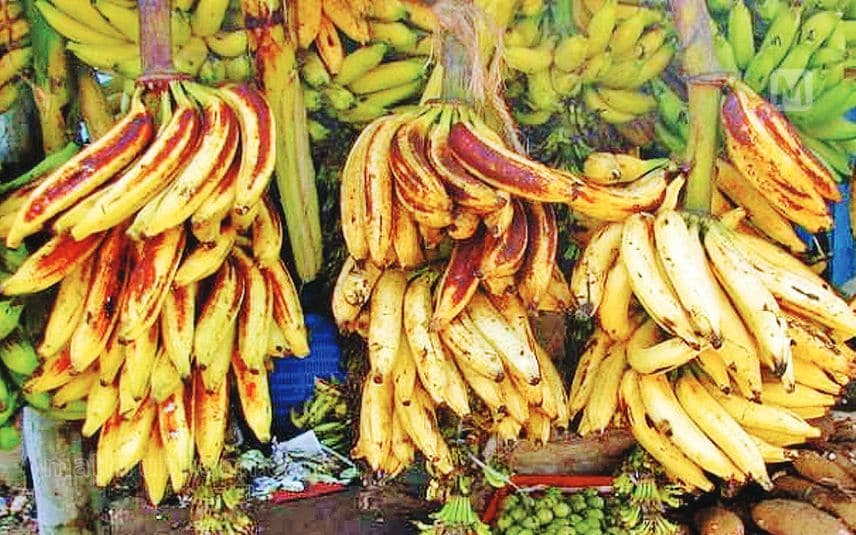 Thrissur: It has been found in a study conducted by the District Department of Soil Survey and Soil Conservation that the Chengalikodan banana, which is native to Thalappilly taluk here, received its characteristics due to the specialty of the soil. The features like beauty of the bunch of banana, intense sweetness of fruits, unique shape of fruits, golden colour of bananas resulted from the soil contents.

Chengalikodan turned out to be a unique variety of banana due to the presence of alluvial soil flowing from the Machad hills. This soil is rich in plant nutrients. The soil never gets washed away from Thalappilly. The organic farming method and local weather conditions also help the banana grow with special features. It also obtained geographical indication due to this specialty.

The soil samples were collected from Varavoor, Mulloorkkara and Erumapetty panchayats. Instead of digging holes, the Chengalikodan banana is planted by making groove on the soil. Also the soil is heated before planting. These practices have influenced the banana plant.

However, it has been found that the unscientific use of fertilizers has started affecting the soil. Acidity of soil has increased. Presence of iron, manganese and phosphorus also is high. This will affect absorption of other nutrients and gradually affect the natural growth of Chengalikodan, the study pointed out.