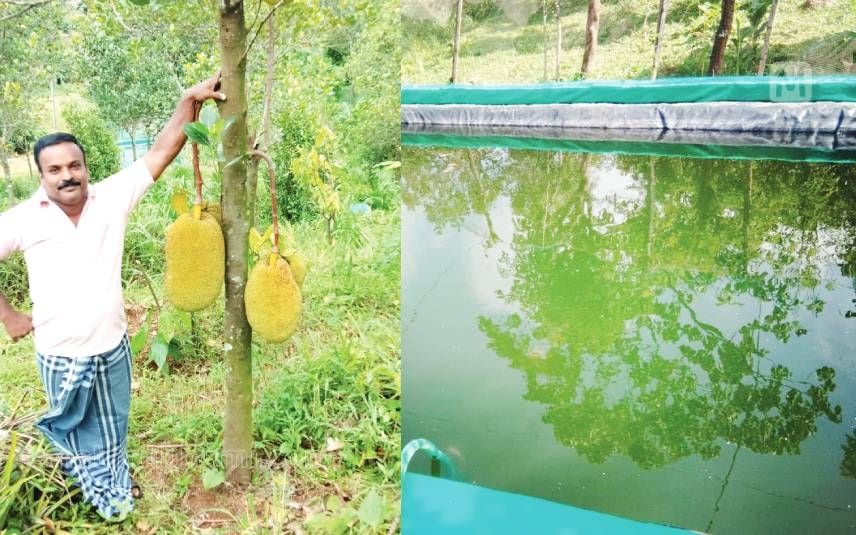 Idukki: Taking a break from his routine bank job, Kochumuttom Sunny decided to change paths and took up jackfruit cultivation as a means of livelihood six years back. Now, he is the proud owner of 100 jackfruit trees and earns more by selling jackfruits than his salary from the banking profession.

Sunny owns five acres of land, where he has planted numerous jackfruit trees. Last year, the trees bore fruits and he earned a good profit from its sale.

Apart from jackfruit cultivation, Sunny also finds time for fish farming, beekeeping, rearing goats and cultivating cocoa, banana, pepper, turmeric, and ginger. The agricultural methods have been set in such a way that assures income at all times.

Apart from the above, Sunny has also begun efforts to cultivate rare medicinal plants such as aloe vera, wild turmeric (kasturi manjal), and black turmeric among others. In some areas, he has found places for rubber plantations too.

According to Sunny, his wife Thresiamma and son Daniel are his pillars of strength and support. Daniel has also been selected as the best child farmer at Mullaringad Higher Secondary School.