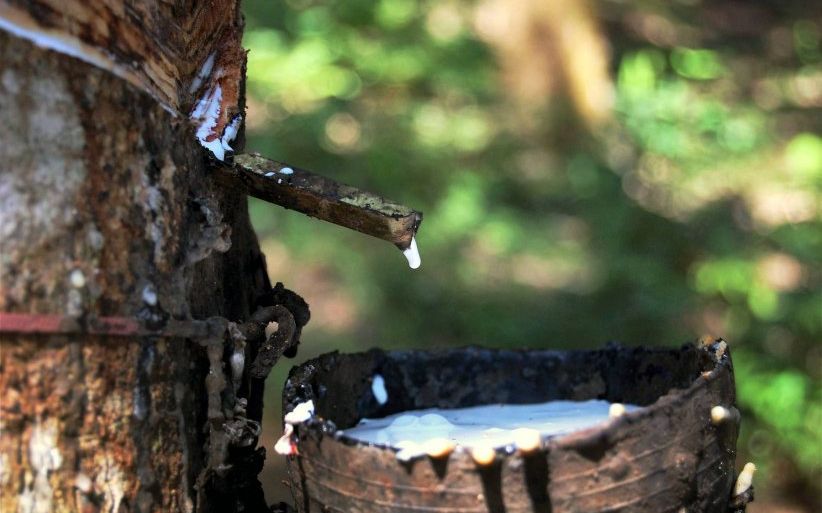 Kottayam/Agartala: To meet the natural rubber (NR) requirement of 15 lakh tonne by 2025-26, there is an urgent need to increase the area under rubber cultivation on a war footing, both to fulfil the domestic demand and reduce the dependence on imports and restrict the outgo of foreign exchange, Rubber Board Chairman Sawar Dhanania has said.

The Rubber Board has identified a vast stretch of land in the northeast region and West Bengal for rubber cultivation.

Tripura, which is the second largest NR producing state in the country after Kerala, is currently cultivating NR on 89,264 hectare of land and producing 93,371 tonne of rubber annually.

"NE-MITRA" (North East Mission of Tyre Industry for Rubber Augmentation) is a project conceived by the Board to develop rubber plantations in those areas with financial support from consuming industries, Dhanania added.

He said that as per prevailing trends, NR production in India would not be sufficient to meet the consumer industry's demands as consumption is expected to reach 15 lakh tonne by 2025-26.

The production-consumption gap is presently met by imports, and that involves a huge amount of foreign exchange outgo. Hence, there is an urgent need to increase the area under rubber cultivation on a war footing, both to meet the domestic demand and reduce the dependence on imports and restrict the outgo of foreign exchange, Dhanania added while addressing the 181st meeting of the Rubber Board held at Kottayam, Kerala.

He said that the Central government felt the need to increase NR production in the country by expanding rubber cultivation to non-traditional areas, including the northeast region and traditional regions.

"Meantime, the efforts for extra income generating activities like beekeeping, intercropping should be continued. By promoting the rubber wood industry and carbon trading is the need of the hour to make a green environment and bring sustainability to the rubber sector," Board Chairman said.

An increase in yield, tappable area and area tapped during the year contributed to the rise in NR production.

According to the Rubber Board, the auto-tyre manufacturing sector accounted for 73.1 per cent of the total quantity of natural rubber consumed in the country during 2021-22.

Nearly 60 per cent of the import was through duty paid channels and 87.5 per cent of import was in the form of block rubber. The gap between the quantity of NR produced within the country and that required by the consuming industry is the primary reason for importing huge quantities of this commodity.

Raghavan also explained the activities taken up by the Rubber Board during the Covid-19 pandemic.

At a time when the markets were closed with RSS-4 price Rs 123 per kilogram, the Board made provision for a loan of Rs 10 lakh to various companies under it so that they could procure rubber directly from the farmers.

Landslide susceptibility of rubber plantations in Kerala was delineated with assistance of digital university of Kerala and the landslide zonation maps with good agricultural practices were also launched. IANS