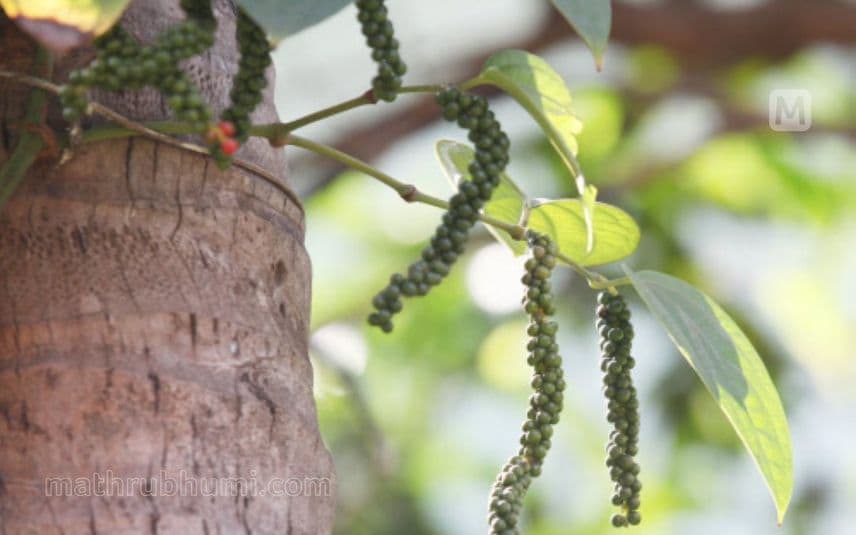 Kalpetta: The data from the Department of Economics and Statistics suggests that the heydays of Wayanad pepper have gone. In the last 15 years, the district witnessed a decline of 31,157 hectares in pepper cultivation. The same has been reflected in the production.

Once, Wayanad pepper was popular in the global market. There were many takers for Wayanad variety peppers including ‘karimunda’ in the global market. However, as production plummeted the district lost its relevance. Not just production, many other factors have been attributed to the loss of its sheen. As a part of trade agreements with other countries pepper has been imported in large quantities to India.

There are allegations that India’s export of pepper by mixing native variety and imported variety turned counterproductive.

Climate change, pests and other plant diseases made many scales down the cultivation. Many farmers shifted to other crops as fortunes were evaporating. Earlier, there were hectares of land in which only pepper was cultivated. But, now it is difficult to find such kind of vegetation.

Notably, Kerala which once exported pepper is finding it difficult to meet its demand within the state.