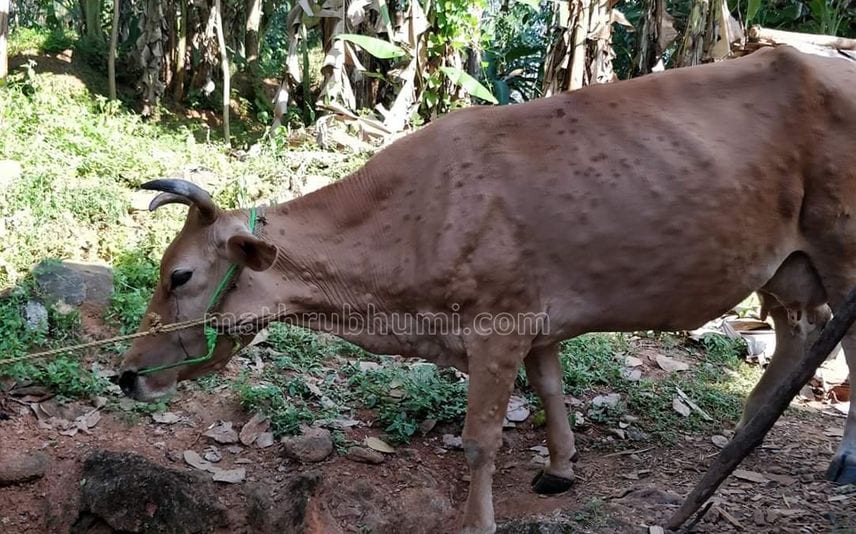 New Delhi: In a major breakthrough, two institutes of agri research body ICAR have developed an indigenous vaccine for Lumpy Skin Disease in cattle which has spread across many states in the last few months.

The Centre plans to commercialise this vaccine, developed by the two institutes of the Indian Council of Agricultural Research (ICAR), at the earliest in order to control the Lumpy Skin Disease (LSD), which has led to the death of cattle in six states.

The new technology was released by Union Agriculture Minister Narendra Singh Tomar and Union Fisheries, Animal Husbandry and Dairying Minister Parshottam Rupala at an event held in the national capital.

While addressing the event, Tomar said: "It is our big responsibility to save animals."

He stressed expanding the production capacity of this vaccine so that it reaches the ground level at the earliest to vaccinate 30 crore animals.

On the sidelines, Rupala complemented the ICAR scientists for the development of this indigenous vaccine, which he said would help in controlling the LSD.

"Scientists were making efforts to develop this vaccine since the LSD disease was first reported in Odisha in 2019. Today, the technology has been launched and now we will move forward to ensure how this vaccine reaches farmers who have cattle," he said.

Rupala said it is a very "encouraging" development as the spread of the LSD has become a serious issue.

He said there is a protocol for the commercialisation of vaccines and the animal husbandry department will see how it can be expedited.

"We have got a solution for this deadly disease," Rupala said.

Till now, the minister said the states are currently using goat pox to control this disease, which is also effective.

Rupala said the mortality in Rajasthan has reduced.

"The cost of per dose is Rs 1-2," he said, adding that the immunity induced by homologous live attenuated LSD vaccines usually persists for a minimum period of one year.

The LSD disease was reported for the first time in India in 2019 from Odisha.

In the initial years, it was mainly restricted to the eastern part of our country.

Later on, it rapidly spread to almost all the states in the country. The outbreaks recently (June-July-August 2022) being reported are extensive and lethal with a mortality of up to 15 per cent, particularly those being reported in the Western part (Rajasthan) of the country. LSD is primarily a disease in cattle. Emerging evidence suggests that the LSD virus can also cause mild illness in buffalo, camels, deer and horses.

"Due to its recent spread in unnatural hosts, there are growing concerns about its zoonotic implication, although confirmatory evidence of human infection is lacking," ICAR said.

Sheepox virus (SPV) and goat pox virus (GPV) -based vaccine (heterologous vaccine) is usually authorized to induce cross-protection against LSD in cattle, where homologous LSD vaccine is not available.

The Centre has also authorised the use of goatpox vaccine to control LSD in cattle. However, heterologous vaccines provide partial protection and are not as efficacious as homologous vaccines, the ICAR said.

The scientists at NRCE isolated the virus in 2019 itself and were in a process of developing a live-attenuated vaccine since then.

After initial safety and immunogenicity trials of the vaccine in laboratory animals at NRCE, Hisar, the experimental trials were conducted in calves at IVRI Mukteshwar.

The safety of the vaccine has also been ascertained in the field in cattle and buffaloes of all age groups including lactating and pregnant ones.

Based on the outcome of experimental and field trials, it can be concluded that the vaccine is safe and induces protective immunity in animals against LSD, the ICAR said. PTI

Soaring areca nut price: Over Rs 10 for a single nut