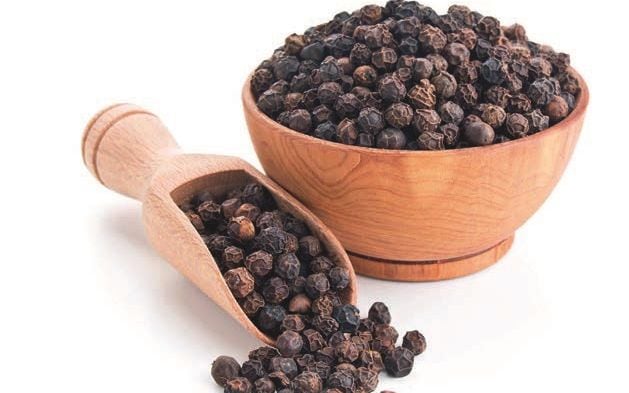 Kochi: Easing of Covid-19 curbs have given a new momentum to black pepper prices. Within a week, the price has witnessed a hike of Rs 41 per kilogram. Interestingly, in the last two days alone, the price increased by Rs 21. The price of ungarbled pepper is at Rs 452 per kilogram, while the price of garbled variety is at Rs 472.

The merchants stated that subdual of Covid-19 scare and return of normal life can be attributed as the reasons for the hike. They pointed out hotels reopening, social events like marriages and revitalization of market also are reasons of soaring price. Masala companies have resumed their operations and are stocking the pepper. These events coincide with Diwali season and demand for the black pepper is increasing.

According to previous estimates of the merchants, monthly consumption of black pepper in India was 5,000 metric tonnes. However, that has changed and consumption has reportedly increased to 7,000 metric tonnes now. Similarly, large scale merchants are stocking pepper with a speculation that prices will rise. This is in turn is also increasing the prices.

Meanwhile, the low production in Karnataka may turn a blessing in disguise for Kerala. Reports have emerged that their production is likely to reduce in the coming year. However, that import of pepper from other foreign countries is happening simultaneously. In the last month alone, 1500 tonnes were imported. Out of this, 618 tonnes were imported from Sri Lanka alone.

Interestingly, this does not affect domestic demand badly. The phenomenon suggests that demand is high. This has been endorsed by Indian Pepper and Spices Traders, Growers, Planters Consortium coordinator Kishor Shamji. He also pinpointed that import from Sri Lanka in long run may affect cultivators.

Raw coconut procurement in Kerala: Farmers to receive money within a week ...

JIncy's greenery in glass jars are close to nature

Kerala to start production units to make wine from pineapples and jackfruits ...