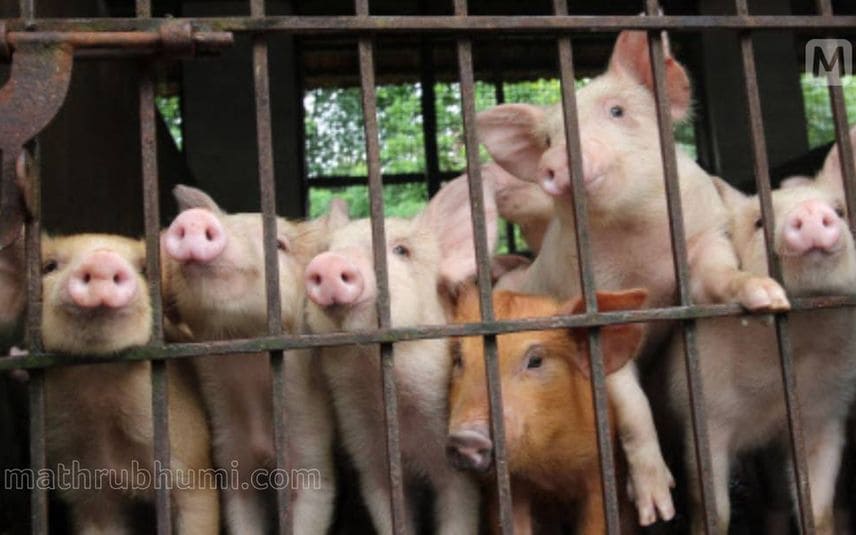 Kadangode: African swine fever has been confirmed in Thrissur’s Kadangode panchayat after more than 40 pigs on the farm died due to the disease. The animal husbandry department had conducted sample examination and the development comes in the wake of this.

The pigs within the 1 km radius of the farm will be culled while pigs under 10 km radius will be kept under surveillance, informed authorities concerned.

That means, more than 600 pigs under 11 farms in the proximity have to be culled. A 13-member rapid action force team has been constituted for this.

There is a ban on the distribution and sale of pork in the surveillance zone. The transport of pigs, pork meat and pork feed has also been banned in those regions.

It may be noted that African swine fever doesn’t affect humans, though it is deadly for pigs. It spread in many parts of the world, leading to large-scale culling of wild boars and farmed pigs.

There is currently no vaccine or cure for the disease.