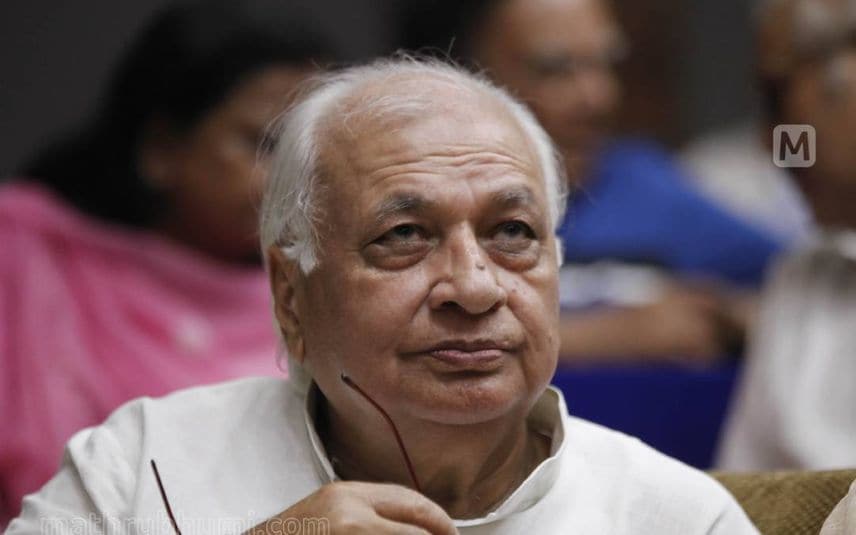 Thiruvananthapuram: Kerala government is all set to bring in a special ordinance curtailing Governor’s powers as chancellor in vice-chancellor (VC) appointments across the universities in the state. The ordinance has been pushed on the back of the recommendations of the university law reforms commission headed by Dr N K Jayakumar. The Commission had recommended that the chancellor’s representative, who is part of the search committee assigned for VC appointment, should be named by the state government.

The equation between the Pinarayi Vijayan regime and the present governor Arif Mohammad Khan has gone through aberrations and tussles in matters including VC appointment. The VC appointment for Kerala University needs to be completed by October and the apparent move is aimed at overcoming any kind of hindrance from the Governor. Once the vice-chancellor’s name is suggested by the search committee, then it will be impractical for the Governor to discard that.

It is learnt that the state government is speeding up the procedures. The draft is already under the consideration of the law department. In the usual course, the Commission recommendation will take time to become law and that’s why the government has been pushing it as an ordinance. The ordinance will be affecting all the ten universities under the higher education department.

Meanwhile, for VC appointment in Kerala University, the senate has put forward the name of Professor VK Ramachandran, vice-chairperson of the Kerala State Planning Board, as the university representative in the selection committee. However, this is not intimated to the Governor. Because, if the name is suggested now, then the Governor may start the process of constituting the committee as per current norms.

Several state governments, including West Bengal and Tamil Nadu, have amended their respective laws to curtail the power of the Governor in the state universities.

'Nearly 1,500 teaching posts dissolved in colleges due to revoking PG weightage, other restrictions'

Higher education: Kerala rushes to keep up with NEP 2020

Mahatma Gandhi University, Kottayam: Common Admission Test 2022 on May 27 and 29

Plus One admissions 2022: First allotment from Aug 5, classes to commence ...

Kerala State School Kalolsavam to be held in Kozhikode, sports meet in ...