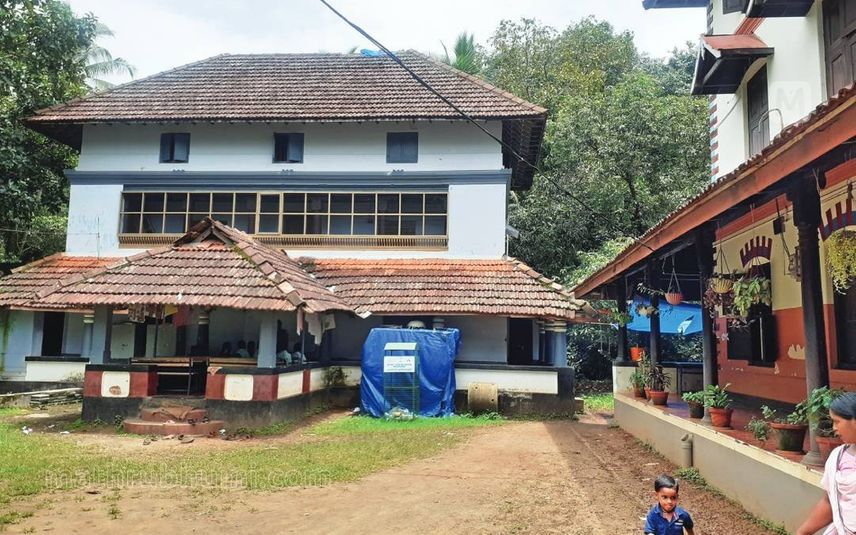 The ancestral property which is functioning as Government Lower Primary School, Kadavanad

Ponnani: Since three years, teacher K Krishnakumar’s ancestral house at Kadavanad here in Malappuram has been functioning as a government school. With 219 students and 14 teachers, the bedrooms and visiting room of his house are classrooms. While the courtyard is the playground.

Krishnakumar’s Naalukettu house (a type of traditional house in Kerala architecture with built-ups on four sides and courtyard in the middle) in Keezhur region became school when Government Lower Primary School Kadavanad was demolished for the construction of school.

The householder, being a teacher in another school, does not want studies of students to be affected and was providing the ancestral property for temporary functioning of the school, free of cost.

However, the property which was given temporarily, is still functioning as school as the works are prolonging. Nevertheless, the householder has not intimated any inconvenience to the school authorities. He and his family members visit the place only once a while. If they are coming on working days, then school disperses early.

Meanwhile, the school authorities do not have any idea why the construction activities are not progressing. Ponnani Muncipal Corporation bought 20-cent plot for building the school and Rs 2.24 crore was sanctioned under Pradhan Mantri Jan Vikas Karyakram (PMJVK) scheme. The construction work was assigned with the union government’s Hindustan Prefab Limited. In 2019, the construction work began, but is not progressing at a proper pace. Municipal Corporation blamed lack of funds as the reason for the project delay.

The school which was started in the year 1924 is waiting for its centenary celebrations. The prolonged construction mars all this glory.