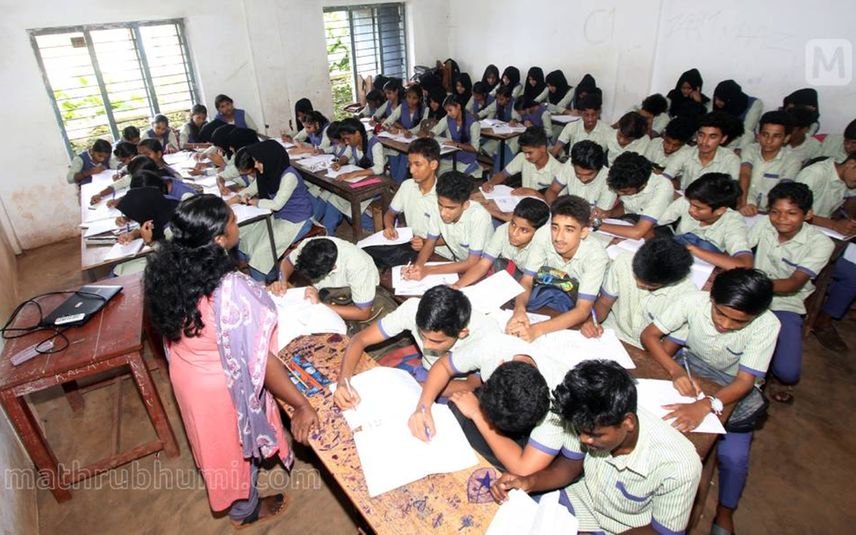 Thiruvananthapuram: Amidst brewing controversy over imposing `gender neutrality’ in schools, the Kerala government has updated the approach paper for the general public on curriculum revision of schools.

The education department has revised one of the questions on the paper.

The paper is prepared by the State Council of Educational Research and Training to initiate discussion among the public as part of the major revision of curriculum.

Earlier, Samastha Kerala Jem-iyyathul Ulama, Muslim League and Congress had told the government that it must not impose 'gender neutrality' in schools. The debate started with some schools opting for gender-free uniforms. IUML leader and MLA MK Muneer's comments against it had invoked reaction from various sections. He slammed the move as an attempt to impart 'atheism' in schools.

Following this, the Samastha also asked the government not to go ahead with plans.

Following this, general education minister V Sivankutty had clarified that PTA decide on the uniform and not the government. The government had also mooted ending gender-specific admission in some of the schools in the state.

Curriculum revision: Teachers have to pass exam to get into panel of textbook composition

Don’t address kids as ‘poda’ or ‘podi’, treat them with respect: Kerala ...