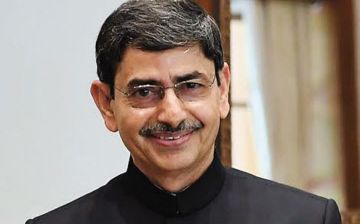 Chennai: The ruling DMK and its allies on Thursday boycotted the 'At Home Reception' organised by Tamil Nadu Governor R N Ravi here protesting the pendency of an Assembly bill seeking exemption for Tamil Nadu from the ambit of NEET, with the former observing that the participation by it would amount to hurting the overall sentiments of the people of the state.

Tamil Nadu industries minister Thangam Thennarasu and Health Minister Ma Subramanian earlier met the Governor at the Raj Bhavan over the status of the second Assembly bill seeking exemption for the state from the ambit of the National Entrance-cum-Eligibility Test (NEET) on the "directions of Chief Minister" M K Stalin and also conveyed to Ravi the decision to boycott the event.

Subsequently, Chief Minister M K Stalin, who was also slated to attend the inauguration of a statue of national poet Mahakavi Subramania Bharathiar at the Raj Bhavan, the ruling DMK's allies and top officials of the state government did not take part in the event on Thursday which saw the opposition AIADMK and the BJP in attendance.

Thennarasu said that while the Governor had to grant his approval to the bill, he informed them it was still under his consideration.

"The Assembly functions according to democratic ethos. And a unanimous resolution for the second time was adopted and its still stuck at the Raj Bhavan. So in this situation, it would not be proper for us to participate in the feast," he said.

The 'At Home Reception' was organised coinciding with the Tamil New Year day today.

Participation in the event by the chief minister and other people's representatives would amount to "belittling the dignity of the century-old Assembly and hurting the overall sentiments of the people of Tamil Nadu", the Minister said.

Later in the day, Ravi unveiled the life size statue of Bharathiar, which has been presented by city-based Bharatiya Vidya Bhavan. He also inaugurated the main lawn which was renovated in the premises of Raj Bhavan.

The Governor on the occasion presented the certificates and cash prizes to winners of an essay competition organised by the Raj Bhavan.

NEET is a sensitive issue in Tamil Nadu, with many medical aspirants, including S Anitha of Ariyalur, allegedly committing suicide for either being unable to crack the entrance test or over apprehension of low scores.

All parties except BJP in the state favour NEET exemption for Tamil Nadu citing students' interest, especially those from rural areas.

The death of a Dalit girl Anitha in 2017 by suicide prompted an outrage in the state and calls for abolition of NEET have only gained steam ever since, even as the previous AIADMK government also adopted an Assembly resolution seeking exemption for Tamil Nadu from the ambit of NEET.

Abolition of NEET is a poll promise of the DMK, which sailed to power in May 2021.

The Assembly had in September 2021 adopted a bill against NEET but the Governor had returned it in February this year, saying it was against the interests of rural students.

Soon after that the DMK piloted another Assembly resolution seeking NEET exemption for the state and sent it to the Governor after the House adopted it.

Delhi school students to be assessed for 'Deshbhakti', entrepreneurship ...