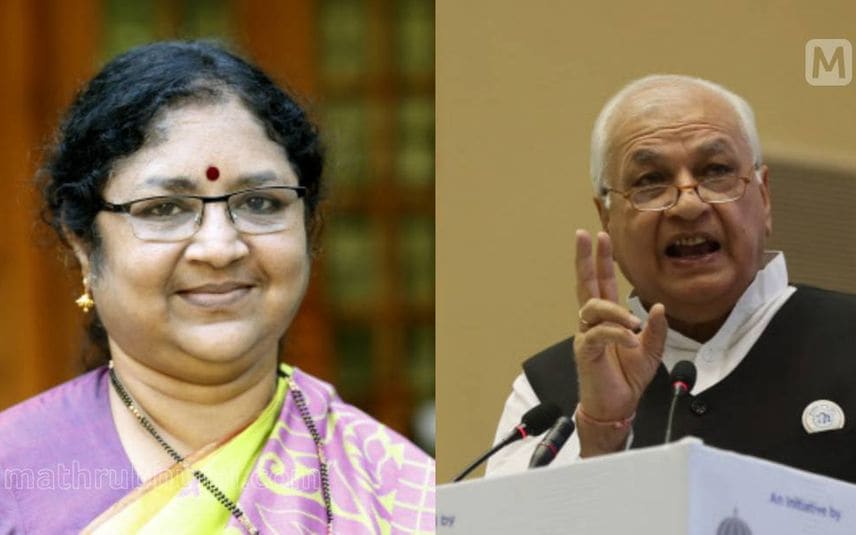 Thiruvananthapuram: The LDF government is not going to take steps with regard to Governor Arif Mohammed Khan's decision as Chancellor of universities to remove the 15 members of the Senate of the Kerala University, State Higher Education Minister R Bindu said on Thursday.

He said the government has no relation to that decision.

"Government has got nothing to do with it. It has no direct relation to the action taken by the Governor. It is for the university and the affected members of the Senate to decide the further course of action," she told PTI.

He said the syndicate cannot take steps, like moving the courts, and it was for the Senate members to take a call on that.

"I have no idea whether the Senate members are planning to take any legal action," he told PTI.

On October 15, Khan sent a letter to the Vice-Chancellor (VC) of Kerala University to remove the 15 members with immediate effect.

As no steps were taken by the VC in furtherance of the communication, the Governor on Wednesday notified the removal effective from October 15.

Khan ordered the removal after his directions to hold a Senate meeting and provide a nominee of the Senate for the selection committee went unheeded, sources in Raj Bhavan said.

The committee was to appoint a Vice-Chancellor, said the sources.

On Tuesday, Chief Minister Pinarayi Vijayan told reporters that the steps "he (Khan) took were not according to the law. Some of the Senate members were ex-officio and the law does not give him the authority to remove them."