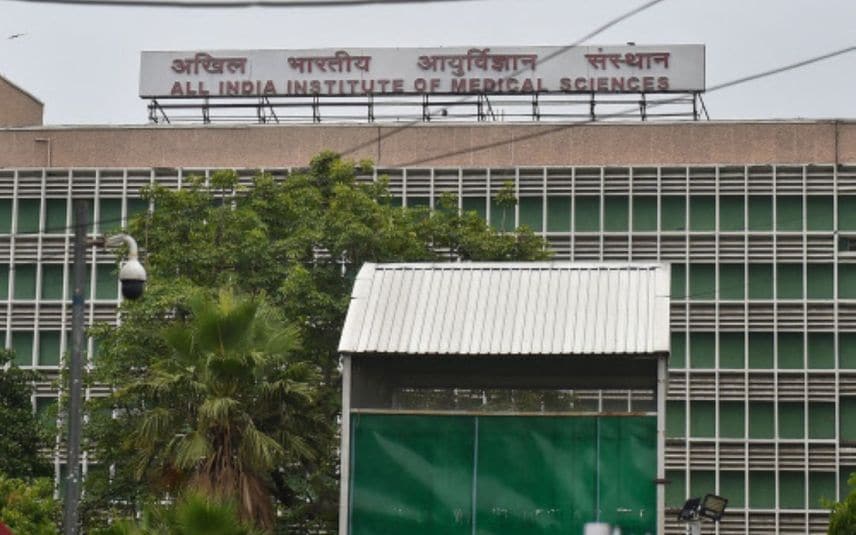 New Delhi: The fee structure for medical education at AIIMS across India may be revised and modelled along the lines of IITs and IIMs to augment the revenue generating potential of the premier institute, according to a recommendation made at AIIMS' 'chintan shivir' held in August.

Improving the healthcare services at all the AIIMS and identifying an implementable model suitable for sustainable revenue generation to reduce the dependence on government funds were among the topics that were deliberated at the 'shivir'.

The Union health ministry is in the process of finalising a committee which will study the feasibility of these recommendations and see the level of increase that can be done, an official source told PTI.

"One of the recommendations suggested is revising the fee structure of courses such as MBBS, post-graduation and nursing education and adopting the structure followed at IITs and IIMs to augment the revenue generating potential of the premier institute," the source said.

Currently, the fees for the MBBS course at AIIMS is around Rs 6,500.

The cost of an MBA or postgraduate degree at an IIM is Rs 24-25 lakh while for pursuing BTech at an IIT one has to shell out up to Rs 10-12 lakh and up to Rs 3 lakh for doing an M Tech.

The others recommendations highlighted are converting a third of general ward beds at all AIIMS into special wards and increasing the number of private wards besides, constituting a committee for revising the charges of AIIMS for non-paying and paying patients for improving revenue generation.

Another recommendation also highlighted creating a mechanism for identification of beneficiaries of AB-PMJAY, state government scheme, CGHS, ECHS,Railways and any other government-linked scheme towards contributing to the revenue kitty, they said.

Cross subsidisation model can also be piloted wherein the poor get the services free of cost those who opt for paid service are treated according to their entitlement, the recommendations stated adding ancillary service and support services can be tapped for additional revenue generation.

There is also a suggestion that AIIMS facilities may collaborate with reputed institutes like IITs, IIMs to run collaborative research, education rather than duplicating resources and straining the exchequer, a source said.

In the annual budget announced for 2022-23, Rs 4,190 crore was allocated for All India Institute of Medical Sciences, Delhi.

The 23 AIIMS include those fully functional, partially operational or under construction.

Besides, AIIMS Delhi, six new AIIMS - Bihar (Patna), Chhattisgarh (Raipur), Madhya Pradesh (Bhopal), Odisha (Bhubaneswar), Rajasthan (Jodhpur) and Uttarakhand (Rishikesh) were approved in phase 1 of PMSSY and are fully functional. Out of the 16 AIIMS established between 2015 and 2022, MBBS classes and outpatient department services have been started in 10 institutes, while only MBBS classes have been started in another two. The remaining four institutes are at different stages of development.

Ukraine medical education in the doldrums

Don’t address kids as ‘poda’ or ‘podi’, treat them with respect: Kerala ...