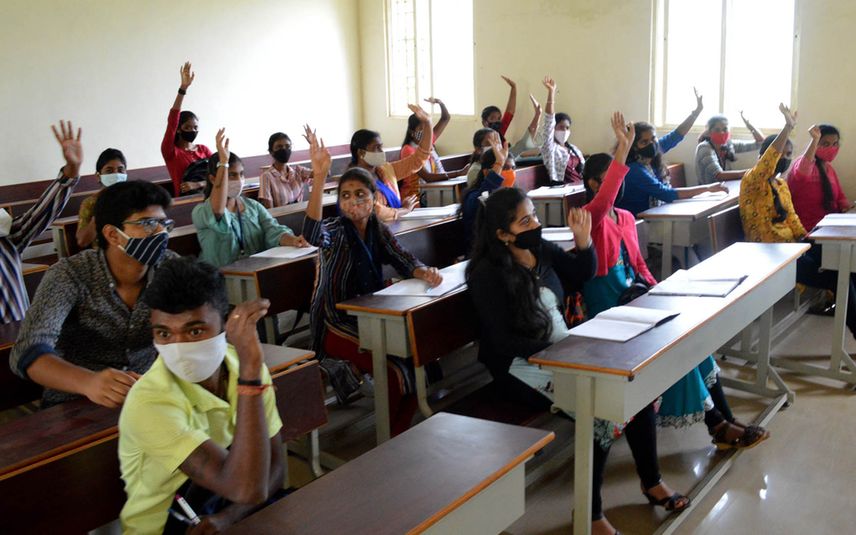 Thiruvananthapuram: With the state government mulling to allow private players in higher education sector, six major educational institutes in Kerala have expressed interest to be entitled as deemed and private universities.

At present, five government colleges have conveyed their interest to become deemed university. While one private college has expressed interest in private university entitlement.

CPM has released a new policy document envisioning the future course of Kerala. One of the major suggestions in the document mentions that more private players should be given opportunities to become world class educational institutions.

Meanwhile, the government has already assigned the higher education department to prepare the required policy framework.

To initiate approval process, the government needs to overcome many obstacles. As promoting private players to education sector is a deviation from the policy outlook of Left front, the consensus from allies is needed. There should be a framework for the state and Union government nod is needed.

For deemed university entitlement, a college should have at least 3000 students. It is learnt that the government is eyeing to bring major educational agencies, their campus aid and unaided institutes under deemed university.

During UDF government’s term, the LDF had opposed privatisation in education sector, that is entitling the colleges as deemed universities. During that time, 17 aided colleges got autonomous status. Last LDF gave autonomous status to three private engineering colleges.

Though autonomous colleges have the discretion to set up syllabus and conduct examinations, the certificate will be issued by the university the college is affiliated with. Also the syllabus tweak requires the respective universities’ approval. However, in case of deemed universities such formalities are not there.