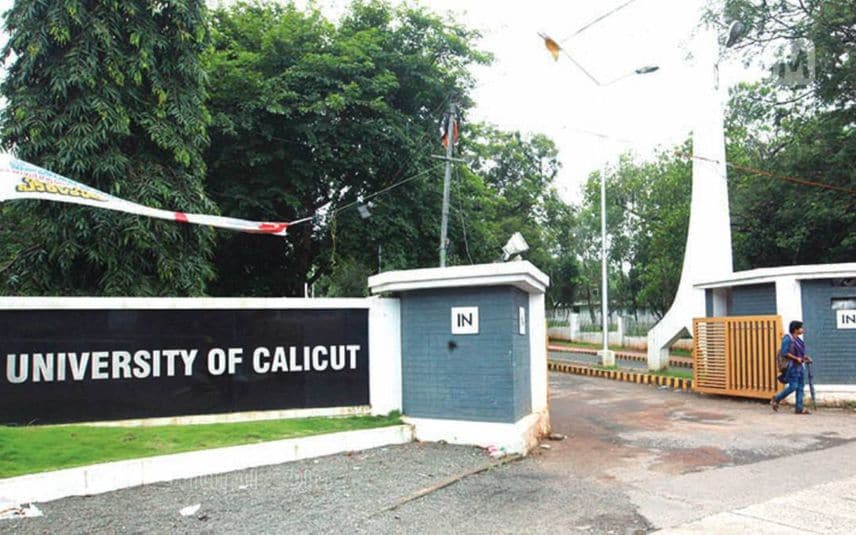 Kozhikode: Kerala government's order barring the state-run universities from offering distance mode of education has invited flak. According to the order, admissions to UG and PG distance mode courses will be permitted in the four major state-run universities only if UGC rejects the newly formed Sree Narayana Guru Open University’s (SGOU) move seeking approval for distance courses under it. The government has been mulling to bring distance education under the single roof of SGOU. The attempt however had failed last time as the UGC approval was denied.

Over the development, the syndicate of Calicut University has slated to convene an emergency meeting on Wednesday. Following that, the members will meet authorities concerned in the higher education department. The university presently has UGC approval for four more years to conduct distance learning. According to the chairperson of the higher education standing committee, Ugin Morely, the government will be intimated about the practical difficulty of delaying the admissions over the circular. “The concerns about the programs and students will be raised. We will urge the government to consider the issues as a special case of the Malabar region,” he said.

Calicut University sees red as the circular comes at a time when it is planning to accept the application to distance mode programs from August. The programs usually start in September.

It may be noted that even if the SGOU gets approval, not all programs under it will get the nod. This in turn will badly impact the pool of aspirants who rely on distance education mode. Devoid of options they will be forced to approach private universities or the universities in neighbouring states.

According to P Rasheed Ahammad, a UDF-aligned member of the university syndicate, the state government’s move is to safeguard the interests of the private lobby.