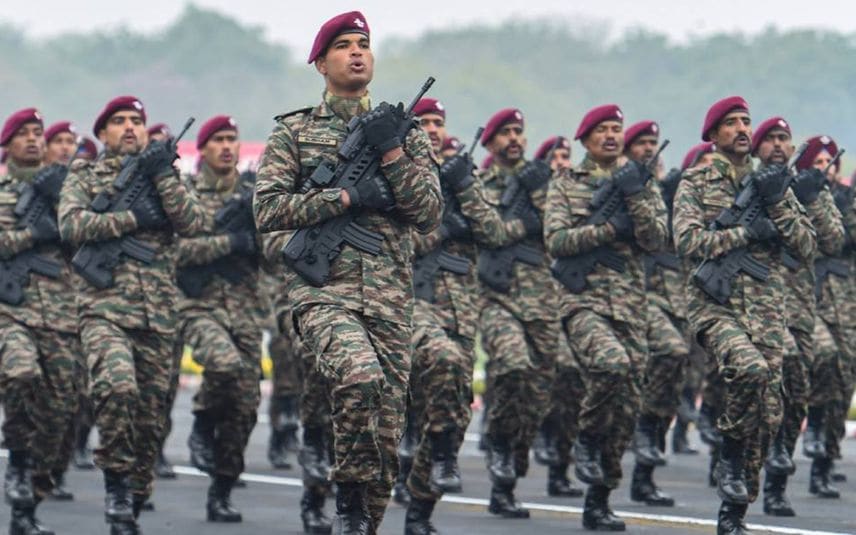 New Delhi: The Army on Monday issued a notification for induction of soldiers under the Agnipath military recruitment scheme.

The Army said the online registration on the force's recruitment website is mandatory for all the job aspirants under the new model.

It said the online registration will commence from July.

The Army said 'Agniveers' would form a distinct rank in the Indian Army, which would be different from any other existing ranks.

In a detailed note on the scheme, the Army last night said 'Agniveers' will be barred from disclosing classified information gained during the four-year service period to any unauthorised person or source under the Official Secrets Act, 1923.

"With the introduction of this scheme, the enrolment of soldiers in the the regular cadre of the Indian Army, except technical cadres of medical branch, will be available only to those personnel who have completed their engagement period as Agniveer," it said.

The Army said the release of an Agniveer at own request prior to completion of terms of engagement is not permitted.

"However, in most exceptional cases, personnel enrolled under this scheme may be released, if sanctioned by the competent authority," it said.

The Agnipath scheme, announced on June 14, provides for the recruitment of youths between the age bracket of 17-and-half years to 21 for only four years with a provision to retain 25 per cent of them for 15 more years.

Later, the government extended the upper age limit to 23 years for recruitment in 2022. Protests have erupted in several states against the Centre's scheme.

The personnel to be recruited under the new scheme will be known as 'Agniveers'.

The Army said the new recruits will be subjected to the provisions of the Army Act, 1950, and will be liable to go wherever ordered by land, sea or air.

It said a "distinctive insignia" will be worn by the Agniveers on their uniform during their service period and that detailed instructions on it will be issued separately.

The Army said based on organisational requirements and policies, 'Agniveers', on completion of their engagement period in each batch, will be offered an opportunity to apply for enrolment in the regular cadre.

"These applications will be considered in a centralised manner by the Army based on objective criteria, including performance during their engagement period and not more than 25 per cent of each specific batch of Agniveers will be enrolled in regular cadre post completion of their four-year engagement period," according to the document released by the Army.

"Agniveers so enrolled as regular cadre would be required to serve for a further engagement period of 15 years and will be governed by terms and conditions of service (of Junior Commissioned Officer/ Other Ranks) currently in vogue," it said.

The Army said the Agniveers will not have any right to be selected after completion of their four-year tenure.

The 'Agniveers' will be eligible for 30 days leave in a year as against 90 days for those in regular service. Medical leave will be granted based on medical advice.

The Army said 30 per cent of the monthly salary of the Agniveers will be compulsorily deposited in a corpus and an equal amount will be contributed by the government. PTI

Youth protesting against Agnipath scheme unaware of its benefits: Muraleedharan