'Those who do not remember the past are condemned to repeat it'. 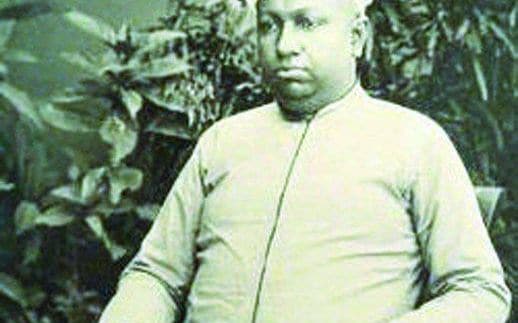 'Those who do not remember the past are condemned to repeat it'.

These famous words of the Spanish philosopher George Santayana welcome the visitors to the Auschwitz-Birkenau, the complex of 40 Nazi concentration camps in Poland that had witnessed the most brutal atrocities. This complex of human cruelty is now the world's largest attended memorial museum and a UNESCO World Heritage site. Seeing the name Santayana here, the first thoughts that came to this writer's mind were of G Aravindan and his all-time classic -Cheriya Manushyarum Valiya Lokavum- where I came across the philosopher's name for the first time during the late 1960s.

For most of us, museums are tourist destinations or centres of academic interest for researchers or intellectuals. Hardly are they seen as political institutions. But there have been many studies on museology in recent times that elucidate the intense political and social significance inherent in museums and how they shape collective values and social understandings. Not just in museums dedicated to political subjects but also on art or natural history. Museums are often built with malign, benign, or neutral intentions, either deliberately or otherwise. Many had ulterior intentions to suppress the truth, create alternative facts, privilege narratives and manufacture history to suit the motives of the powers of the day. Like history is said to be written by the victors, museums often represent the dominant narratives of the day. But those which survive time are those built to keep up memories of the past and remind society never to repeat past mistakes. In either case, museums have been sites of contestations related to identity, ideology, representation, legitimacy, or hegemony and they bear the intersection of politics, culture, and technology.

'Museums and the artefacts they contain are spaces for transitive, entangled, and often contested realities. In addition to marking social changes, the objects in our collections can be seen to play an active role in changing social relations, says Anita Herle, a prominent museologist from the University of Cambridge. Even a recent T-shirt campaign in the USA said, 'museums are not neutral'.

Except for a recent study in the Mathrubhumi weekly by artist/curator Riyas Komu and critic C S Venkiteswaran, not many have studied the politics of museums in Kerala. We have museums in Kerala from the 19th century onwards, of which the most prominent is the Napier's Museum built in Thiruvananthapuram in 1880 by Ayilyam Thirunal Rama Varma.

The museum was built in Indo-Saracenic style by Robert Chrisholm, the Madras government's consulting architect, and named after Francis Napier, Madras Governor and a Scottish polyglot. Recently, many new museums have come up, including a string connected to the Muziris Heritage Project.

Wonder whatever happened to the brilliant idea mooted by Thomas Isaac when he was the Finance Minister to have a line of museums on the fascinating history of Alappuzha.

Many unique pages of suffering and resistance in Kerala's history could be immortalized through modern museums to attract global attention. Imagine dedicated museums on Kerala's ancient maritime trade, Christian, Muslim, and Jewish history, Kerala's extreme caste discrimination, and slavery as comprehensively documented recently by academics like Sanal Mohan or Vinil Paul, the Kerala Mathematical tradition elaborated by George Joseph Junior, its Communist history and so on.

One of the biggest attractions in Western countries is the string of museums dedicated to various topics from the past and present. According to a study, the 7000 museums in the USA attract more people than either sports or cinema. The various Holocaust Museums set up in many western countries after the 2nd World War have worked as grim reminders of the 20th century's darkest chapter and underscore the need to preserve memories for not repeating past mistakes. Attempts by vested interests to erase or distort public memories or dump them as fake is commonplace today in many societies, which even get gradually internalized by the people.

Shared memory has always been short, and communities with no project to store them are on a slippery slope to autocracy. All the more so when there is the growing tribe of nay-sayers who deny even recent historical facts as fabrication or anti-national conspiracy. 'Holocaust denial' is a powerful anti-semitic movement in many European countries. It continuously portrays the Nazi genocide as a myth that has prompted the launch of Remembrance Projects.

The long history of exploitation and exclusion of Dalits which forms the biggest embarrassment for the Hindutva project is likely to be met with such attempts sooner or later. A campaign that 'Babri Masjid was never demolished' is underway with the acquittal of all the accused in the case by a Special CBI court in 2020.

A recent visit to Amritsar triggered my museum thoughts. Opposites have continually inhabited Amritsar. Secularism and spiritualism. Syncretism and sectarianism. Sheer juvenile jingoism was on display at the Atari-Wagah, where the aggressive dramatics by soldiers egged on by partisans from both sides of the border reminded me of the Kathakali gestures. In stark contrast was the solemn, mature, and evocative ambience of the Partition Museum at Amritsar. The Yadgar-e-Taqseem (Memories of Partition) was set up in 2017 by the collaborative efforts of the Punjab government and Kishwar Desai, chairperson of the UK's Arts & Heritage Trust, with backing from international supporters. It tells countless stories of pain, agony, and cruelty related to the Indian partition, which saw the world's largest refugee migration in history. Housed in the 150-year-old Town Hall, the multimedia museum unveils the partition's record in multiple ways. On display are memories of survivors, photographs of violence, clips of trains overflowing with refugees from both sides, personal diaries, household utensils carried or abandoned by fleeing refugees, newspaper clips, personal letters, official documents, etc.

The museum, located next to the Golden Temple, is truly global in its standards and noble in the philosophy it espouses. When sectarian enmity is becoming the new normal and common sense, the museum holds hope and fraternity aloft even as it narrates the violent days of hostility to remind us those events should never be repeated. It stands on a par with great museums on wars, revolutions, holocaust, etc., located in many European countries.

However, even this truly international institution has not been free of a typical and meaningless Indian convention- prohibition on photography. The poor Sikh youth in charge kept on continuously like a broken record, photos mana hai, to the scores of visitors all armed with their camera phones. And what most of them wanted was a selfie with some historical relic, the significance of which they were hardly bothered about. Fortunately, another Indian convention -footwear prohibited- has not been enforced. I remembered the hundreds of pictures we took a few years ago and spread the story further on those horrible memories stored at the Holocaust Museum of Auschwitz Birkenau, Poland.