However unpleasant they are, the ongoing controversies have presumably turned the public attention to the problems Kerala's higher education sector faces, which is necessary for any attempt to reform it- notwithstanding the possible political motivations behind some of the controversies. 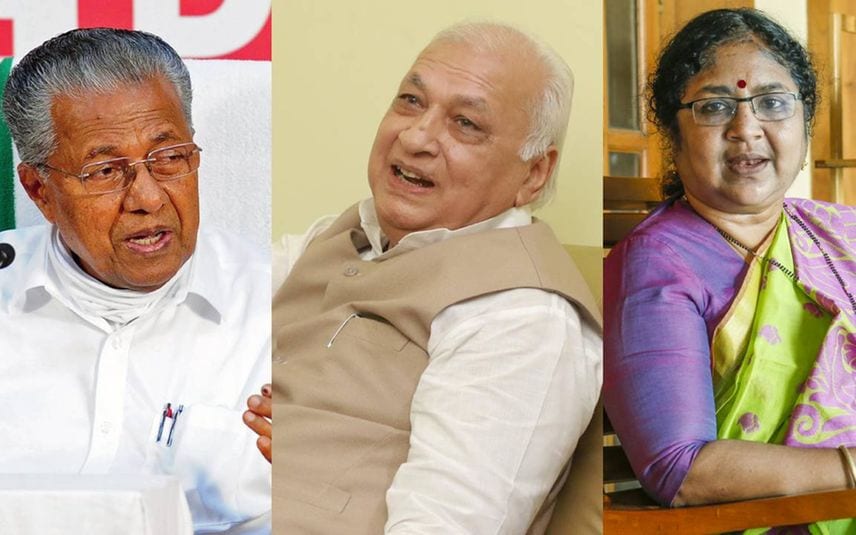 No man should escape our universities without knowing how little he knows: J. Robert Oppenheimer, 'father of the atom bomb.'

Whenever Kerala's higher education sector is discussed, two legends prop up invariably. The first is the invitation reportedly made by Sir CP Ramaswami Iyer, the Dewan of Tiruvithamkoor, to the great physicist Albert Einstein to be the first vice-chancellor of the University of Travancore (UoT) when the royal government formed it in 1937. Unfortunately for us, the father of modern physics politely declined the offer to remain with the Institute of Advanced Studies at Princeton, USA. The late Prof. A. Sreedhara Menon, historian and former Registrar of the University of Kerala (UoK), first revealed this when writing a book on the Diwan. Prof. Menon also mentioned that Einstein's offered monthly salary was Rs 6000 even while Dewan's salary was only Rs 4000.

Both the stories have no documentary evidence. Yet, it is good to remember them as often as possible to remind us how things should be, especially when they sorely go the other way.

That Kerala's higher education sector lags in standards and is dogged by political meddling is stating the obvious. Not just the meddling by the ruling party but often the 'apolitical' attempts by the Governors to cleanse universities of politics too have been no less political. Clashes between the Governors attached to other parties and state governments on the appointment of vice-chancellors are nothing new in Kerala or elsewhere. That many key positions at the state's universities -right from the post of Vice-Chancellors onwards- have long been governed by considerations of party, religion, or caste than merit is also no secret. That all parties are sinners on this count, too, is known. When it comes to the present government, the appointment of close relatives of many top CPI(M) leaders in various universities -whether legal or otherwise- has been unprecedented and cast a dark shadow. It is also a fact that the extension of the VC's term in the University of Kannur could have been done with more grace, notwithstanding its endorsement by the High court.

It is hardly pleasant to know that no university from Kerala (the most literate state) figures among the top 20 Indian universities as per the National Institutional Ranking Framework (NIRF) rankings of 2021 released by the Union Education Ministry. Three of them -UoK, Mahatma Gandhi University (MGU), and University of Calicut (UoC)- have even slipped down compared to 2020, with only Cochin University of Technology (CUSAT) improving its position. UoK dropped from 23 to 27, UoC from 54 to 60, and MGU, from 30 to 31, CUSAT rose from 62 to 44 among the 100 Indian universities. Others, including UoK or the Sree Sankara University of Sanskrit, are yet to make the grade to the first 200.

Adding insult to injury, the two central institutions of Kerala -both from Kozhikode- which do not brook any interference from the state in its affairs, have come on top in the national rankings. If the National Institute of Technology, Calicut (NIT-C) was ranked second among India's architecture institutes, the Indian Institute of Management, Kozhikode (IIM-K), rose from 6th to 4th among India's management schools. At the same time, the University College of Thiruvananthapuram, widely seen as a symbol of everything terrible about Kerala's higher education, has emerged as the top (25) among the 19 Kerala colleges, which figure among the best 100 of the country!

Hence, however unpleasant they are, the ongoing controversies have presumably turned the public attention to the problems Kerala's higher education sector faces, which is necessary for any attempt to reform it- notwithstanding the possible political motivations behind some of the controversies.

In the process, the debates also exposed much ignorance -willful or not- on those pontificating on Kerala's state of affairs. Worse, it has also inflicted gross damage to the reputation of those who are caught in the political crossfire. The person whose name got particularly muddied is Prof Gopinath Ravindran, vice-chancellor, University of Kannur, and one of India's foremost historians. It is ridiculous to see 'experts' and sundry politicians on TV debates slamming Prof Ravindran as a party stooge or a third-rate academic who craves for his extension or appeases political bosses. Indeed, this abuse may be driven by either ignorance or sheer political expediency. But as an academic and scholar with impeccable credentials, Prof Ravindran hardly deserves this, although the jury is still out on the controversial appointment of Priya Varghese, wife of K K Ragesh( privae secretary to the CM, Kerala), at the University of Kannur. Worse, if the political tussles in Kerala could lead to reputations of respected academics getting caught in the crossfire, would any scholar with self respect dare take any responsibility here?

Anyone familiar with Prof Ravindran's credentials would know that he belongs to the league of the best academics at the helm of our universities in the past. Having studied in Delhi's Frank Anthony Public School and St Stephen's College, he did his masters at and took Ph.D. from Jawaharlal Nehru University. With a post-doctoral degree from the London School of Economics, he has taught at St Stephen's and headed the Department of History and Culture at the Jamia Millia Islamia University. An expert in historical demography, he has done extensive studies on colonial Malabar and has presented papers at various international universities like Oxford and Cambridge. He has won the Agatha Harrison Memorial fellowship. His book Agrarian Regimes and Demographic Change: Fertility Change in Southern India was awarded the H.K. Barpujari National award (2011), which was also adjudged the best-published work on Indian History in 2009-2010.

Though there are no doubts about his academic credentials, Ravindran was seen as an overtly 'tough and unhelpful' teacher by some of his research students at Jamia. He also has clear intellectual and political convictions and belongs to the school led by Leftwing historians like Romila Thapar, Irfan Habib, KN Panikkar, etc. While a professor at Jamia, Ravindran was appointed on deputation as member-secretary of the Indian Council of Historical Research (ICHR) in 2013 under the UPA II government. Following the Modi Government's assumption of power in 2014, one of the first sites of conflict was ICHR. The BJP wanted to 'cleanse' the ICHR of the Left-wingers whom they derisively mentioned as 'eminent historians.'

The new Human Resources Development Ministry reconstituted the ICHR in March 2015, inducting many known pro-BJP academics, although Ravindran remained in the post. The clash between Ravindran and the new ICHR Chairman Y. Sudershen Rao broke out after the council scrapped the ICHR journal Indian Historical Review's advisory panel that included Thapar and Habib. Ravindran objected to this at the Council meeting, but Rao refused to mention his dissent in the minutes. This led to Ravindran's resignation in June 2015, which made headlines. Ravindran stated that the ICHR was being sought to be 'saffronized' and called Rao autocratic. Rao, a former History Professor at the Kakatiya University and member of the Akhil Bharatiya Ithihas Sankalan Yojana, a pro-Sangh outfit, hit back saying Ravindran as 'having no decency.' Another historian Prof. Sabyasachi Bhattacharya who was the chief editor of the IHR, too had quit in protest. This incident had made Ravindran an enemy to Sangh intellectuals who had led a campaign against Leftwing historians as having 'hegemonized India's historical establishments'.

It would not be totally irrelevant to view Governor Arif Muhammed Khan's intense ire against the extension of Ravindran's term in the background of the past conflicts within the ICHR.