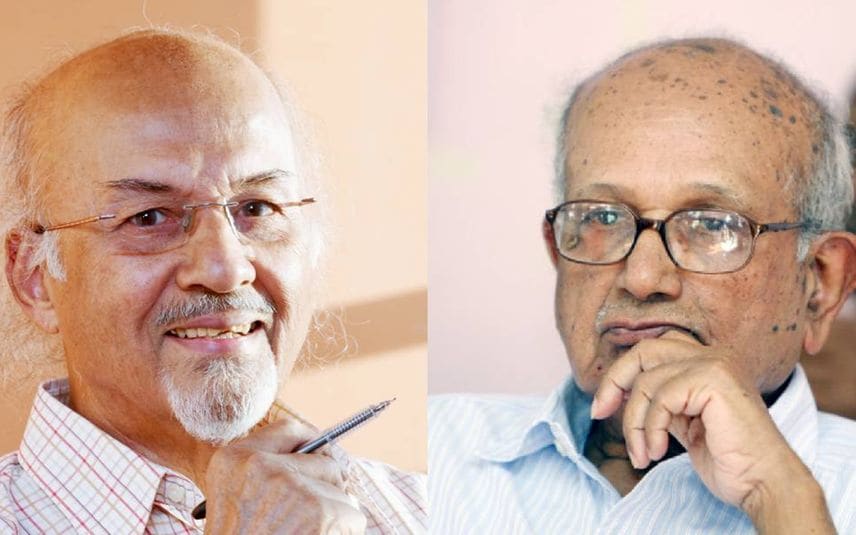 When you start worrying about your advancing age, think about those who are more senior and much more active than you. I thought of and called up two of India's most respected Malayali legends in journalism. Thayil Jacob Sony George and Babu Rajendra Prasad or just TJS and BRP to the world.

These two heroes of my generation of journalists remain not only active but the continuing fire in their bellies, even while negotiating their 90s, is nothing less than a miracle. Age, indifferent health, or even personal losses haven’t kept them from their mission to make our world a better place to live. Both the nonagenarians continue to call out every form of injustice they see around. The first editor in free India to be jailed for sedition, TJS retains his passion in full measure to challenge the powerful. Surprising how BRP escaped jail until now for his relentless critique (not just by words) of power abusers of all kinds! I asked TJS and BRP -who live in Bengaluru and Chennai, respectively, with their wives- when they would next visit Kerala. Much as they would love to, both said they were not healthy enough to travel.

After talking to both the gurus for sometime, I realize (yet again) that even now, they know far more about what is happening (and why they are) in their home state than many of us based here. I am also constantly amazed how these two, who have rubbed their shoulders with the high and mighty for many decades, chronicled their times from a ringside seat and witnessed history in the making could be without something even cub reporters can’t do without- ego. One is also consoled by speaking to these tall men of my profession when one sees increasing pettiness all around.

TJS has just published his 12th book and BRP, his latest weekly column for the Sharjah-based Gulf Today on the states’ fight for control of universities. BRP's recently published memoir -News Room- is as much a chronicle of independent India's checkered history of journalism. These books shine with these masters’ insight, articulation and deep social commitment, which remain undimmed by time. The book of TJS The Dismantling of India (Simon and Schuster) is a collection of what he does best - profiles of 35 Indians who significantly impacted independent India’s life. The spice of the book is the sheer diversity of its characters, who come from a wide range of fields- politics, business, arts, cinema, or even crime. The book comes after he pulled down the curtains this June on his weekly column “Point of View,” which ran without a break for a quarter century from 1997 in The NewIndian Express. Recalling some of the pieces of his mammoth 1300 columns were profiles of persons from different walks of life, TJS had the idea to construct the history of India by looking at personalities - mostly complex- that dominated the nation’s attention for 75 years. The result is this collection which includes persons who, in the public perception, are either heroes or villains. TJS goes behind their persona and tells us why they are so in our eyes, rightly or wrongly. Politicians dominate the list with Mahatma Gandhi, Subhash Bose, the four Gandhis - Indira, Rajiv, Sanjay, Rahul - Annadurai, MGR, Jayalalithaa, A.B. Vajpayee, Narendra Modi, Amit Shah, Nathuram Godse, VD Savarkar, TJS’s former colleague Bal Thackeray and so on. Cinema comes next with Amitabh Bachchan, Rajinikanth, Girish Karnad and Naseeruddin Shah. Independent India’s most colourful criminals (alleged) like Veerappan, Harshad Mehta and Dawood Ibrahim, find a place. So are contemporary activists like Umer Khalid, Priya Ramani, Rana Ayyub, artist M F Hussain, poet Vara Vara Rao, musician Vilayat Khan or historian P. Lal. Even though TJS is a close watcher of his home state, none makes the grade from Kerala except for Nambi Narayanan, who is at least a Kerala resident.

True to his style, TJS treats all subjects as human beings with both good and also dark sides. Yet, he spares none without saying not just what they did best but also the worst. He castigates Modi as madly driven by ego, hollow showmanship and an intense inferiority complex that makes him root for Montblanc pens, Movado watches, and Bvlgari sunglasses. TJS is equally merciless with Indira Gandhi and her family, calling them “faux Gandhis,” who succeeded “the spelling manipulator Feroze Ghandy who altered his Parsi name.” Quoting Walt Disney’s line - growing old is mandatory, growing up is optional - TJS says Rahul Gandhi “grew old” as a biological mandate but never “grew up” as an intellectual option. He calls Vajpayee a harbinger of hope when he started but a destroyer of dreams when he settled down. 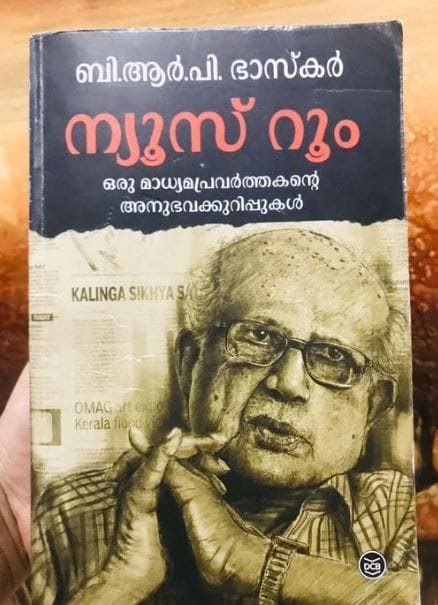 He writes about the cigarette-tossing, sunglass-twirling Rajinikanth, the first superstar who never shied away from exposing his bald plate or dark skin and emerged as a symbol of Dravidian resistance. TJS pierces through Amitabh Bachchan, the great actor who messed up badly in politics and business. Nothing escapes TJS’s sharp journalist eye, neither the intellectual nor the trivia, including Bachchan’s original name -Inquilab Sreevastava- or the squabbles within the Bachchan household. Or Jayalalithaa, the quintessential woman politician who fought patriarchy and vanquished her tormentors. An ordeal that eventually made them autocratic with iron in their souls.

TJS quotes Marx and Martin Luther King Jr to say that though politicians think they are history makers, actually, it is the other way around. They are made by history and hence so transient, however, big they may look sometimes. Why such a diverse collection? Is there a common thread binding these very diverse and contradictory personalities? TJS explains: “This book examines certain individuals who made themselves special by working for the common good. Sometimes, their concept of the common good wasn’t very good at all. But that did not reduce their historical significance”. Quoting Marx again, TJS writes: “The story of the individual helps us to understand melancholy as well.”