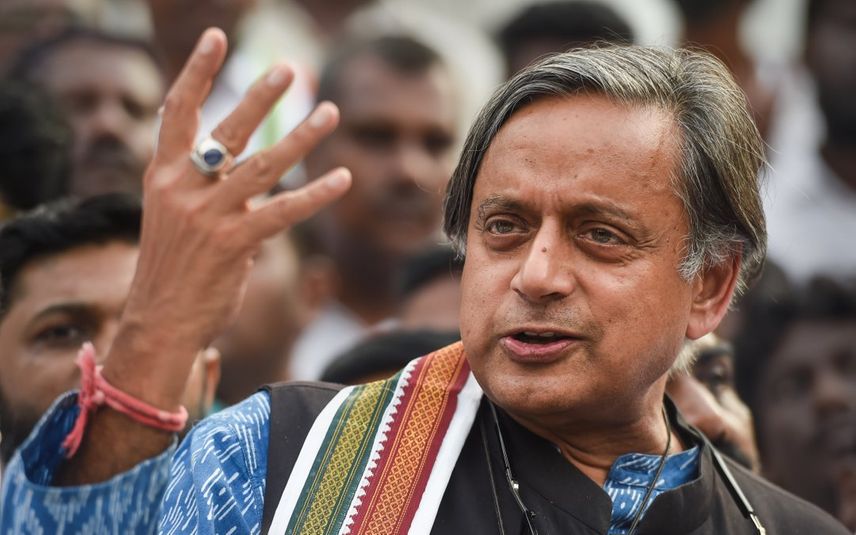 Who will win the cup in the contest between Shashi Tharoor and the state Congress leadership? It looks like Tharoor, given the enthusiasm for him in sections the Congress fears most- Muslim League, Kanthapuram Maulvi, the Catholic church, and the Nair Service Society. If these core blocks of the United Democratic Front's (UDF) social base continue to back Tharoor, even the High Command would be spooked, let alone the Sudhakarans and Satheesans of Kerala. In that case, Kerala may see Tharoor emerging as the UDF's Chief Ministerial candidate in 2026.

Not just his detractors in Congress, but many others in Kerala also believe Shashi Tharoor's high-profile Malabar campaign is a prelude to his staking claim over the next Chief Minister chair. And why not? Is he, in any way, less qualified? On the contrary, he may only be slightly over-qualified, looking at the other contenders across parties. Has Kerala politics seen a more qualified or universally respected candidate? Is being a scholar, writer, orator, or diplomat a disqualification for a good Chief Minister? History has many with none of these qualities, who were great administrators. But unlike when politics attracted the best and the most committed, the current system has bred mediocrity. It has also remained a closed shop with entry barriers to those trying to enter politics from other streams. This has kept politics less attractive to the bright and the talented.

Next, the charge that Tharoor is a political novice. Be it corruption, ineptitude, cluelessness, or sheer lack of concern, leaders with experience often show a worse record than novices. Secondly, how is Tharoor a novice? Is it a minor deal to win a record three times in a row from a politically volatile Lok Sabha constituency? And if Tharoor is a novice who doesn't deserve to be a Chief Minister, what about all the Gandhi family members who succeeded Indira? Those who slam Tharoor for being politically inexperienced are looking at politics too traditionally. They appear to be ignorant of the way politics is changing everywhere. Is it mandatory that every politician should go through the mills of slogan-shouting, throwing stones, tearing down police barricades, boycotting classes, clashing with rivals, or even do admirable feats like braving police repression or serving time in prisons, etc.? Are factors like academic brilliance, writing books, spending years rehabilitating Vietnamese refugees (the boat people), or peace-keeping and troubleshooting in post-Cold War Europe disqualifications for becoming Kerala CM?

The best joke that surfaced since Tharoor's Malabar campaign was V.D. Satheesan's balloon comment. Satheesan's body language and his seething anger only exposed panic. His statement that Tharoor was a media-created balloon that would bust with a pinprick was stuff for cartoons. Economic Times' Prasad Radhakrishnan summed up the pettiness with a puny KPCC (looks like Satheesan), leaning lazily against a coconut tree with his mundu folded up who comments at Tharoor, striding like a colossus: 'His English is good. But I see a spelling mistake'.

The principal accusation by the state Congress leadership against Tharoor is that his 'parallel activities' would harm the party. Perhaps the present Congress leaders' political ambitions would get harmed. But not necessarily, the Congress or the UDF. In fact, Tharoor is the only Congress leader today who would get the party or the UDF votes beyond the political-religious-caste-age-gender-region divides. With the eclipse of pan-Kerala Congress leaders like K. Karunakaran, AK Antony, or Oommen Chandy, Congress is yet to find a leader with such stature. Hence, Congress is now reduced to a de facto secondary position in the UDF behind IUML. Going by this trend, IUML can legitimately claim Chief Ministership if UDF is voted back. Tharoor would be Congress's only hope to keep the big chair within UDF.

Despite the serious denting of the LDF's image since the second Pinarayi government took over, the UDF needs to win many who voted for the Left last time to get back to power. A third successive win for the LDF would see UDF's end. Ironically, Tharoor may be the hope even for the CPI(M) because another win would only ensure its complete disintegration, as in Bengal. It is essential for Kerala's democratic polity, which has traditionally drawn strength from the balance of power between two equally strong political formations. It prevents the monopoly of any party that leads to excesses and abuse of power. With his popularity within the Hindu/Nair community, Tharoor could also block BJP's emergence as Kerala's second critical political force. Though it may be a middle-class illusion, it can also be presumed that Tharoor may raise the bar of Kerala's politics with his opponents being forced to look for talents to match or rival him.

Yet another significant factor in Tharoor's favour is the enthusiasm he evokes among the minorities and their parties like IUML and Kerala Congress. The warm reception he received from the Panakkad family, Kanthapuram Maulvi, or the Catholic bishops, has stunned his detractors. IUML and the Muslim community have been increasingly skeptical of Congress's capability to take on the BJP, even at the national scale. The steady flow of Congress bigwigs to the BJP has unsettled them. Adding fuel to the fire is K Sudhakaran's recent pro-Sangh statements. IUML has also been worried over the flow of Muslims to the LDF or the Islamic outfits. There is pressure even inside the IUML to get closer to CPI(M), as shown in its stand against Governor Arif Mohammed Khan.

On the other side, the Catholic Church has been unhappy about Congress's appeasement of the IUML and the Muslim community. The dominant Kerala Congress has already crossed over to LDF. Congress leadership, which once had a large presence of minority community members, is now conspicuous by their absence. Congress used to do social engineering with a Christian and Hindu at the helm together, like Karunakaran and Antony or Chandy and Chennithala. Today, it has only Hindus at the top, like Sudhakaran, Satheesan, or KC Venugopal, the new power centre. Both IUML and KC feel that Tharoor would be more acceptable among their communities despite his alleged pro-Hindutva proclivities.

Tharoor has ticked all the boxes correctly by becoming the Nair Service Society's darling also. NSS's General Secretary, G. Sukumaran Nair, who once dismissed Tharoor as a 'Delhi Nair' undeserving of his support, has now invited him as the chief guest at NSS's Mannam Jayanti in January. This should hurt Satheesan, whom Nair recently dubbed an opportunist.

Though Tharoor could be good for Kerala's political life in general, would he be good enough to at least attempt to solve the state's perennial problems? I'm not sure. Does he have any plan for Kerala's unemployment especially of women, growing inequality, stagnation in productive sectors, low investments, fiscal crisis, environmental degradation, mediocre higher education, deteriorating service standards, social crimes, etc? The latest Reserve Bank report says Kerala has the least number of industries in South India. When Tharoor was contesting for the first time 2009, this writer was among the naive middle class who expected him to bring in fresh ideas for Thiruvananthapuram given his credentials and connections. But, though Tharoor may blame his non-cooperative political opponents, his nearly two decades as MP do not exactly brim with evidence to show anything above the routine. Tharoor's excessive attempts to appease the religious and caste lobbies too are worrying because they are the causes for the worst forms of compromises. It is no secret that unless their hegemony is challenged, Kerala wouldn't move a step forward.

But then, who else has a better record on these counts than Tharoor's? So, why not give him a chance too since we have tried everybody else.