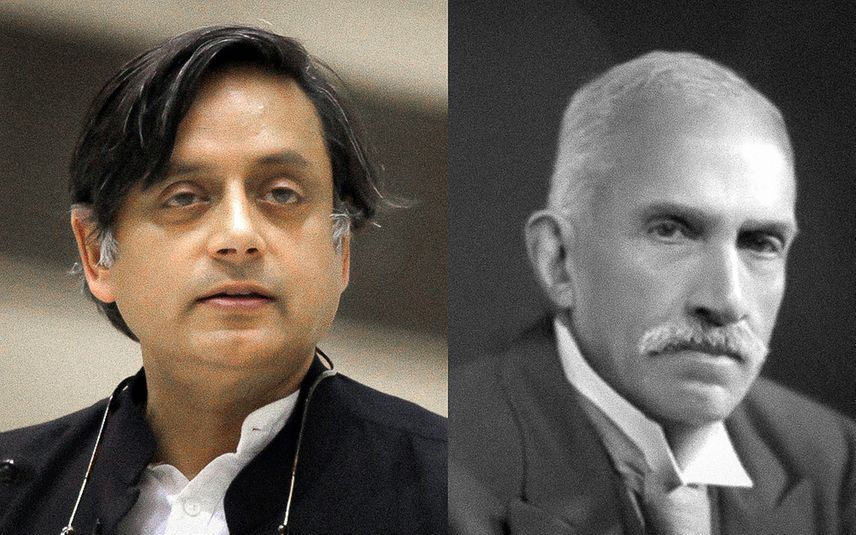 Now it seems certain that Shashi Tharoor is unlikely to be the second Malayali President of the 137-year-old Indian National Congress after Sir Chettur Sankaran Nair (1857-1934). Nair took over as the 13th President of the Indian National Congress at the session held in Amaravati, Maharashtra in 1897, a decade after the formation of India’s Grand Old Party. On October 17, Congress is to choose its 98th President in an election being held after 22 years when Tharoor contests against Mallikarjun Kharge, who seems to be the party’s (read the Family’s) “unofficial official” candidate. Following its “family first” tradition, most Kerala leaders support Kharge, turning blind to Tharoor’s Malayali identity and other impressive credentials. The plaque, “Congress blesses this House,” certainly deserves a prime place at BJP’s HQ on the Deen Dayal Marg.

Though Tharoor is unlikely to succeed Chettur, it’s worth pondering over the things in common between them for a moment. Besides their similar backgrounds - geographical (Palakkad district) and social (Nair)- Chettur and Tharoor have more things in common though the former belonged to a feudal family and the latter to the post-independence middle class. Despite his scathing critique of colonialism, Tharoor is perhaps the only current Indian politician commanding so much respect in the West, thanks to his scholarliness and articulation. Remember his blast against colonialism and former British Premier Churchill in his Oxford Union address of 2015? Though he didn’t study abroad as Tharoor, Chettur was no less an anglophile. An Advocate General of the imperial government of Madras, Chettur was also a critic (albeit moderate) of colonialism yet was highly regarded by the empire. The king-emperor appointed him the “Companion of the Indian Empire” in 1904 and also bestowed a knighthood in 1912. Although Chettur quit the Viceroy’s Executive Council in protest against the Jallianwala Bagh massacre in 1919, he later became a fierce critic of Mahatma Gandhi and his “anarchic” nationalism.

Tharoor is likely to meet with his second high-profile defeat after he lost the election to the post of UN Secretary-General in 2006. Then an Under-Secretary-General of the UN, he was India’s official nominee to the post but lost to the US-backed South Korean candidate, Ban Ki-Moon. Two years later, when Tharoor quit the UN to land in his native Kerala - a stranger then to the land and its language- with vaulting political ambitions, the Malayalis warmly embraced their famous son. He joined Congress and won the Lok Sabha election, three times in a row from Thiruvananthapuram, known for fickle-heartedness like most Kerala constituencies. Thiruvananthapuram was bowled over by Tharoor’s global fame, scholastic abilities, eloquence in English, courteous ways, and of course, his Bollywood looks. Yet, like it is now, his major hurdles came from within Congress right from his first election in 2009. But except once,Tharoor increased his victory margin, and now the master communicator knows even the lowest level party functionaries by name and made an impressive hold on Malayalam. In the “Modified” elections of 2019, when BJP’s Kummanam Rajasekharan was hyped as a tough contender, Tharoor won with a record margin nearing 1 lakh votes. Even the legendary V K Krishna Menon, Kerala’s first “Viswa Pouran” before Tharoor, could (even with CPI(M)’s support) beat a lightweight like PSP’s D.Damodaran Potti in 1971 by less than 25000 votes. Today, no party, including his own, can even think of a candidate who could win Thiruvananthapuram if Tharoor is in the fray.

It is also fun to do some kite-flying on Tharoor’s unlikely victory. Well, it would certainly make the GOP look better to India’s young generation, who comprise 60% of the population, especially the educated and urban ones. But would it make any big change to Congress sagging fortunes? Unlikely for two reasons. 1. Even if Tharoor becomes the President, it would be the Family that runs the show. Why? Although the family’s clout is now at an all-time low, none else can match their hold in the party across the country, which speaks volumes about the hemorrhaging Congress. When India’s electoral equations continue to be heavily skewed in favour of the more populous and saffron-dominated northern states, a Southerner like Tharoor could be even less effective. And Tharoor, the archetypal conformist himself, is unlikely to challenge the Family as he has admitted proudly many times. So things will be business as usual at the party except for the back-seat driving part. 2. Irrespective of who the leader is, the fortunes of political parties are invariably linked to the difference they project on matters of policy and values, especially when in distress. Indira Gandhi’s Left wing turn in 1969, the Janata party’s anti-authoritarianism in 1977, the anti-corruption platforms of VP Singh in 1989 and the BJP in 2014 are examples.

But, today’s Congress has nothing to offer, fundamentally different from BJP. On economics or even secularism, it presents itself as BJP’s B Team in contrast to its traditional role holding the other end of the spectrum. Neither Rahul nor Tharoor has even personally shown any inkling for difference, even for the optics! So, why should anyone root for Team B when Team A is alive and kicking? And Rahul’s hyped-up Bharat Jodo is lingering in the states where Congress is strong, scurrying through where it is weak, and without putting forward anything new as policy or program.

My next kite is about Tharoor’s future. Most observers believed that Tharoor would withdraw last minute if the family didn’t support him or that his real intention was to be No 2 by aiming at No 1. Shoot for Shashi (the moon) and land among stars. Cynical hacks used to carp that even when the Indian moon was blocked by the Korean Moon, he was actually aiming the Indian political stratosphere as a runner-up to the UN Secretary General’s seat! But even Tharoor knows that in Congress, it is impossible to rise in the party after throwing a challenge (however meek) to the family. So, let us congratulate Tharoor for staying on in the fray and accept his claim at face value that his contest was to ensure democratic functioning in the party and end the High Command System. Hope, Tharoor will remain in the party even after the election. As the line ascribed to Idi Amin goes, “I can guarantee freedom of speech, but can’t guarantee it after the speech”!

My last kite is on Kharge. He could be one of the few in recent times to be Congress President from outside the Family and, at 80, could be the oldest. Indeed, he is now a hardcore Family loyalist like his two predecessors, Narasimha Rao and Sitaram Kesri. But when both Rao and Kesri attempted to be slightly independent, they paid the price, and their political careers ended up unceremoniously. Rao was humiliated and marginalised. Kesri was shut inside a toilet and even roughed up inside the AICC office. The more things change, the more they stay the same in our GOP and country.