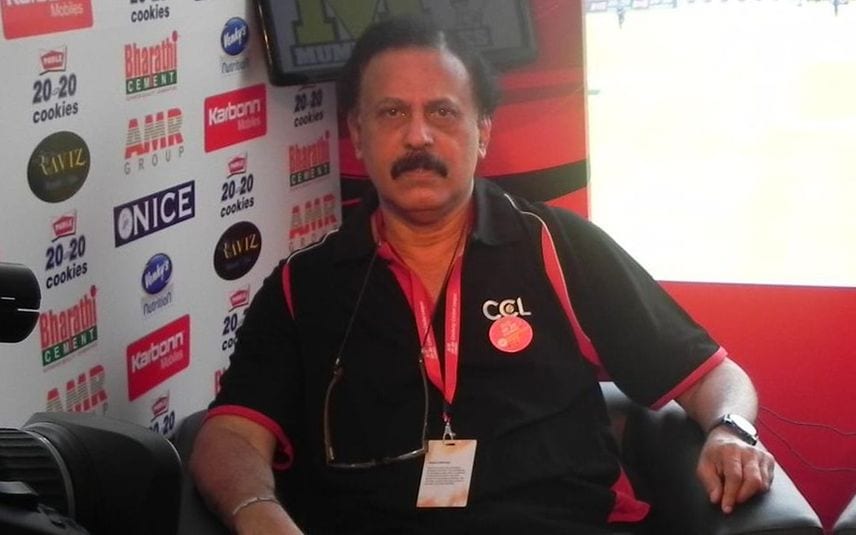 It was not easy for a cricket-loving boy growing up in the Kerala of the 1970s. Even in its “big cities” like Thiruvananthapuram or Kochi which had decent cricket traditions dating from pre-independence days, the “elite sport” was the least popular. It was even condemned as a “bourgeois game” which made cricket fans like us from the left-wing families, cringe. (To my woe, not many knew that cricket and communism were among Kerala’s four “C siblings” -cake and circus are the others- born in Kannur).

Not just inside the state, but Kerala’s cricket lovers used to suffer a complex when facing the outside world too. For, unlike in athletics or games like football and volleyball, Kerala was one of India’s poorest states in cricket (not changed much even today). Meeting Kerala for Ranji matches was a joke for the Southern goliaths like Karnataka, Hyderabad or Tamil Nadu. That was the time when more than half of the Indian team were stars from the South like the spin duo, Erappalli Prasanna and S.Venkataraghavan, or the genre-bender BS Chandrasekhar, speedster Abid Ali or batting giants like the Indian skipper Nawab of Pataudi, Gundappa Viswanath, Brijesh Patel or ML Jaisimha. Those were the days when even averting an innings defeat looked like a triumph for Kerala.

Though numerically insignificant, Kerala’s cricket-loving community was no less knowledgeable about the game. It was pre-television times and we were kept up to date by great radio commentators like Suresh Saraiya or Anant Setalvad, writers like K N Prabhu or Raju Bharatan, and periodicals like Sports and Pastime, the country’s first exclusive sports magazine from The Hindu. Yet, we had a share of our Malayali heroes. Those who made the best of their own limitations to fight valiantly even while sinking irretrievably. One among them who kept Kerala cricket’s flag flying and our self-esteem left us the other day. He was the tall and upright Odayamadath Koroth Ramdas or O.K.Ramdas(74).

Kerala’s “wall” for more than a decade, Ramdas belonged to the great lineage of cricketers from Thalassery, the game’s cradle in Kerala. They included legends like PM Raghavan, C K Lakshmanan, A. Satyendran, JK Mahendra, NM Amarnath, Ashok Sekhar, PMK Mohandas, PMK Raghunath, and so on. In spite of the preponderance of international stars in other states, Ramdas and Suri Gopalakrishna were South India’s best opening pair during the 1970s. But alas, only the winners got the attention of the selectors and they never even went up to the South Zone squad. “Certainly they were the best openers of South India. But we as a team were too weak to attract attention” recalls V. Manikanda Kurup, one of Kerala’s senior-most Ranji players and who played many matches with Ramdas and Suri. According to Kurup, Ramadas and Suri contributed the most runs in Kerala’s total in most matches. S.K.Nair, Kerala’s former player and also former Secretary of Board of Control for Cricket of India (BCCI) remembers a comment by S. Venkataraghavan, former captain of India and Tamil Nadu. “All we have to do is to break our opening pair. The rest will fall in our lap”.

Ramdas belonged to the era when cricket was much more than today’s all brawn and no brains game. Cricket used to be more of technique, style, strategy, and character. “We openers used to ‘smell the ball’ in the first few hours before we started making runs. I was not aggressive but was taught to stay put and lay the foundation” Ramdas used to say. Ramdas was a football freak in school and started late in cricket. He was in Class X when his elder brother Rammohan, who used to live in Bombay, persuaded Ramdas to take up cricket. But it was like fish taking to water. In three years' time, Ramdas started playing for the state at the age of 19. His debut for the state started even earlier, playing for the Kerala Juniors (Under 25). “He was among the talented youngsters who played under my captaincy for the juniors. Others included Ashok Shekhar, Satyendran, Mahendra, Mohammed Ibrahim and even B. Kalyanasundaram who was then at Kozhikode but later became a star in the Tamil Nadu team. We played Mysore juniors which had Vishwanath in the team” recalls SK Nair. They were also together in the powerful State Bank of Travancore team along with Kurup. “Colonel G V Raja was instrumental in building a formidable team for the SBT which was the only institution to provide jobs in Kerala for cricketers” Nair recalls. Their jobs with SBT had brought Suri from Kolar and Ramdas from Kannur to Thiruvananthapuram. Right-hand batter and off-break bowler, Ramdas played 36 First Class matches and has a total of 1684 runs with the highest score of 83 against Tamil Nadu and an average of 24.05 runs.

August 1969. For the first time, my generation of cricket lovers had the first opportunity to meet in person some of the biggest names in Indian cricket. We had seen them only in pictures or in fleeting snippets on the News Division reels screened before feature films in cinemas. We used to go to films only to watch them. The mighty Hyderabad was playing Kerala. We bunked school to see the legends- Nawab of Pataudi, Abid Ali, Abbas Ali Baig, and so on at Thiruvananthapuram’s University Stadium. Kerala batted first with Suri and Ramdas opening. Firing from the other side was the country’s fastest duo- Govind Raj and Abid Ali. Yet, the Kerala openers’ performance was unbelievable as they had a century-partnership with Suri making 73 and Ramdas notching up 60. But it was the same story afterwards with Kerala slumping to 180.

Hyderabad began in style with opener Jayantilal sending Kerala bowlers on a leather hunt and remaining unbeaten with 134. But Hyderabad had a huge shock waiting when Pataudi came to the crease at three down. The entire stadium waited with bated breath to witness the tiger springing into action. But even die-hard Kerala fans like us were stunned when Kerala’s medium seamer Manikanda Kurup had the Tiger caught behind by Ashok Sekhar for two runs! “It was my biggest wicket in life,” says Kurup, who at 83 now lives in Thiruvananthapuram with his ageless memories. Hyderabad declared the first innings with 265 for six and smothered Kerala's second innings for a pathetic 85 when Abid Ali turned into a tornado grabbing 5 for 31. Though Suri made it to the double-digit, Ramdas was dismissed for just one.

"A century in the first wicket partnership was invaluable those days," Suri (79), now in Hytderabad, told a newspaper condoling Ramdas’s death. Suri praised Ramdas's technique and his sweep against spinners.

Ramdas later recalled another match against Hyderabad led by Jaisimha in Nizamabad when Suri sent all the first four balls from Govind Raj across the boundary. Pataudi came to the tall Ramdas batting on the other end, put hand on his shoulders and exclaimed about Suri; Hey lambu, what a great player he is. “I was only two Ranji matches old, and was overwhelmed by Tiger’s large-heartedness” he said in an interview.

January 1971. The first ever “international match” we witnessed in Thiruvananthapuram. A Sri Lankan (then Ceylon and unrecognized by ICC) team led by Anura Tennekoon arrived on its way back to Colombo from Madras after playing the annual Gopalan Trophy. They played Kerala team which had all the state players. The Lankan team batted first and declared at 308 for six with Tennekoon making 99 when he was dramatically bowled by Suri. Kerala was dismissed for 181 despite the half century partnership of Suri (42) and Ramdas (21). Kerala’s chief wrecker was the pacer TB Kehelgamuwa whom even Jeff Boycott had called the bowler he feared most! Ceylon declared the second innings at 119 for six against which Kerala could score only 100 runs with only four players including Ramdas reaching double digits.

Ramdas always considered Balan Pandit, former Kerala Captain, as his mentor. “But for him, I would not have reached this level. He was the best coach I ever had and my first Ranji captain”. However, Ramdas saw Dr. Madanmohan as his best captain. “Cricket is my life and I can never keep away from it said Ramdas who served the game later as the chief selector, match referee, commentator, and also an orgainser of veteran matches. He was always ready with useful tips for youngsters. SK Nair summed up his colleague most aptly; Ramdas played a straight bat, on and off the field.