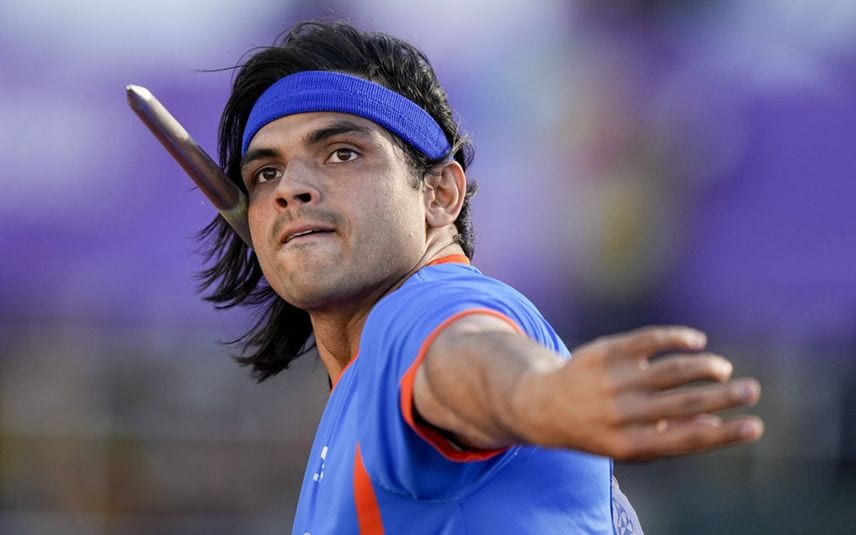 Last week made me immensely proud as an Indian and a Malayali. I was among the more than a billion Indians whose pride zoomed like his javelin when Neeraj Chopra won a silver at the World Athletics in Eugene, USA. The 24-year-old hero from Haryana became the first Indian male and the second Indian to win a medal in World Athletics. As a Malayali, I was further delighted when Neeraj’s feat brought Anju Bobby George again to the nation’s focus as the only Indian medal winner in World Athletics until now. The Cheeranchira girl’s reign at the top lasted almost two decades following the bronze she leaped to win in 2003 in Paris! My pride soared again when PT Usha, India’s best-ever woman athlete in history, was nominated to the upper house of the Parliament, India’s supreme temple of democracy. Can't forget Mathrubhumi Sports chief V. Rajagopal's midnight call from Los Angeles in that August of 1984 to narrate, almost in tears, how the 20-year-old Payyoli Peregrine missed the medal by one-hundredth of a second.

But back to last week. After the euphoria and introspection, gloom set in. Like in the Tokyo Olympics last year, wasn’t it a pity that Neeraj alone was being burdened with carrying on his young shoulders all the hopes and self-respect of 1.41 billion Indians? How do poorer countries like Jamaica, Ethiopia, or Kenya rub their shoulders with superpowers like the USA at the top of the medal table when India is always left to cringe at rock bottom?

Secondly, even as we feel proud about Usha and Anju, have we noted that Kerala women athletes, once the reigning queens of Indian track and field, are now in a race to vanish? For the second time in 4 decades, an Indian athletics team contested an international championship without a single Kerala woman after the Tokyo Olympics last year. The 22-member-Indian squad -17 men and five women- to Eugene had nine members from Kerala, which is no mean achievement. But all of them were men. Among them, the entry of M. Sreeshankar (long jump) and Eldose Paul (triple jump) to the final round were the Malayali achievements to note. Indeed, they are remarkable because Paul and Sreeshankar became the first Indian men to achieve that much, though they ended up 7th and 9th. However, it doesn't cover Indian sports in glory.

These men are certainly India’s best. But those Kerala women of the past - from MD Valsamma, the second Indian woman to win a Gold in the Asian Games (Delhi 1982), to Tintu Luka, who won Gold in the 2015 Asian Games at Wuhan- had undoubtedly proved they were Asia’s best for decades together. Is this reign virtually over, something this writer has been lamenting about for some time?

The XXII Commonwealth Games began at Birmingham yesterday, and the only Kerala woman in the 33-member Indian athletic squad competing in an individual event is the talented long jumper Ancy Sojan. There are two others -MV Jilna and NS Simi- in the six-member 4x100 team, but their participation in the games is uncertain, with their two compatriots failing in dope tests.

Not only in international competitions, but Kerala women are falling behind in the national arena also. In the Senior National Athletics championship held this June in Chennai, Kerala, the eight-time champions, finished fourth! Kerala could secure only 15 medals, including two golds, and it had no contestant in as many as 19 events! The Kerala contingent had only 45 members compared to Haryana’s 72 and Tamil Nadu’s 67, as fewer numbers from the state qualified for the meet. Once the masters of track and field, Kerala had to contend with just one gold won by M.P. Jabir for 500 M hurdles. The other gold went to Sreeshankar for long jump. The last time Kerala became champions was in 2017.

Yet, why does nobody in Kerala seem to care? Will our government and those connected to sports please wake up? Traditionally, a society's performance in sports is said to be primarily proportional to its economic standing. But Kerala women had proved otherwise in sports as the Kerala Model did in Human Development. But, now, with Kerala rising economically, is the fire in our women athletes' belly no longer blazing?

Now, let’s turn to India. Why do we lag in sports even when we pride ourselves as an emerging superpower? We froth over our country having the world’s fifth highest GDP and the third largest defense force. Thanks to the current post-truth zeitgeist, we rubbish all the studies that show India in a poor light. But all our grandiose claims come a cropper at most international sports arenas. Despite all recent claims of saffronised glory, India finds itself at the bottom of medal tables, jostling for breathing space with many countries most of us never knew even existed. Hence, our super-excitement, even with a single medal, and we feel we have escaped the humiliation- “one billion people but no medal.” We celebrate Neeraj’s single silver like “India’s moon landing moment,” as commentator Harsha Bhogle tweeted.

This craving for celebration has been further fuelled these days when nationalism has slipped into jingoism. As my former colleague and author, Binoo K John, wrote in his absorbing book, “For such countries, (emerging and backward), the Olympics is an event which constantly downgrades them. It is a humiliating experience that takes place every four years…Built into all this is the notion of national self-confidence, pride, and a certain jingoism. The Olympics is also a ‘nationalism’ project’ ”. (Top Game, Speaking Tiger 2021).

India started participating in the Summer Olympics in 1900 when its lone athlete, Norman Pritchard, the Kolkata-born British, won two silver in athletics. But India sent a team for the first time to the 1920 Olympics at Antwerp for the nation to complete its Olympic century with the participation in the Tokyo Games last year. The total number of medals India won over 100 years is 35, which included 10 Gold. India picked at least one medal at every Olympics from 1928 to 1972, and it was all Gold until 1956. But Montreal 1976 witnessed India’s Olympic cup of tears when we drew a blank for the first time ever. But four years later, India grabbed Gold after more than a decade in Moscow through the hockey team led by V. Baskaran. But the next three games saw India not figuring in the medal table. Since then, there was no game when India returned empty-handed, with 2008 Beijing witnessing India getting three medals for the first time since 1900. This included Abhinav Bindra’s shooting Gold in 10M Air Rifle-the first ever individual gold by an Indian. But Beijing also marked the saddest chapter in India’s hockey history as the former Maharajas did not even qualify.

This followed India improving its Olympic show substantially at 2012 London when we returned with a bag of 6 medals, albeit with no Gold. Last year's Tokyo Games were our best so far- seven medals, including Neeraj's gold. The Indian hockey team also ended its long winter in Tokyo, securing bronze with a Malayali -P R Sreejesh- brilliantly on guard at the nets for the second time after Manuel Frederick did in Munich 1972. The Kannur-born Frederick, now 75, was the first to bring an Olympic medal to Kerala.

According to Binoo’s research, only wealthy nations shine in the Olympics, with a few exceptions like Jamaica or Kenya, which shine on track and field through individual brilliance. The rich countries' monopoly is not just in performance but also in hosting the games. Since 1960, very few economically backward countries have figured in the top 15 in the medal table. What matters is Per Capita Income (PCI) and not Gross Domestic Product (GDP). For instance, India may have the world’s fifth highest GDP, but is ranked 122 among 190 countries in PCI and 48th in Olympics. “Apart from other problems India faces ranging from bureaucratic sports bodies, corruption and lack of consistent discipline in many sportspersons, this basic fact -that there isn’t enough money to allocate towards creating champions is one major reason why the country performs so badly at Olympics.”

But as a state that showed another way in human development and also sports, shouldn’t Kerala take up the challenge?