Pinarayi and the `Priests’ Curse' 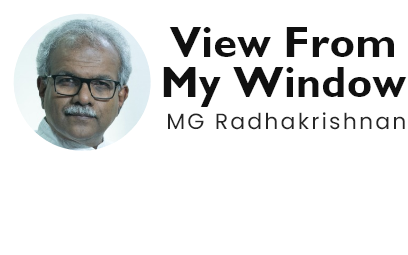 Exactly a month before Chief Minister Pinarayi Vijayan and the Left Democratic Front (LDF) created history by returning to power for the second time in a row, an astrologer from Palakkad made a prediction. Blessed with “Kesariyogam” and “Sreshtajatakam”, Pinarayi Vijayan may return to power. Yet he won’t be spared from the “Brahmanasapam” (curse of Sabarimala priests believes the palmist). The only remedy? The Communist firebrand should conduct a “Neeranjanam” for Lord Ayyappa and break coconuts before Lord Ganesha.

Unknown if Vijayan or any one on his behalf has followed astrological advice, atleast clandestinely.. Days after the stunning victory when the ministry formation was being delayed, media persons asked Vijayan if he was waiting for an auspicious day. The usually unsmiling CM’s response was a rare burst of laughter.

Communists may pooh-pooh astrology. But Vijayan and his government appear quite haunted by some ill- luck from inception. But the Palakkad astrologer can’t quite cover himself in glory just on account of Pinarayi’s travails. For his second prediction that the BJP would make good electoral show had fallen flat. Another of his pre-election forecast was that former Chief Minister Oommen Chandy’s stars were on the rise (that was when he was in the reckoning for Chief Ministership) which too didn’t quite work out.

Whatever be the truth in astrology, the LDF which became the first to be voted back consecutively in the state’s past 4 decades, appears notching up yet another first too. No past government in Kerala has encountered so many grave challenges even before its “honeymoon” was not even three months old. The latest is the Supreme Court’s scathing indictment against the state government’s plea to withdraw prosecution of top Left leaders including the present Education Minister V Sivankutty who stand accused of vandalism and destruction of public property inside the assembly floor in 2015. This has now become the first among the controversies that throws up the boisterous demand from the opposition for the immediate resignation of a minister in the new government. Even though both Sivankutty and Chief Minister have rubbished the demand, the UDF has warned it wouldn’t relent until the minister steps down. The government appears to have shot itself in the foot by dragging the case up to the apex court to get knocked on head.

This crisis has burst open before the government even while it is wallowing neck deep in a number of others. The one that caused it much embarrassment was when the Forest Minister AK Saseendran got caught allegedly attempting to help a local leader of his party, NCP, from a sexual harassment case. This came out after a phone clip found its way to the media in which the minister was purportedly asking the father of a victim to find an amicable settlement with the alleged perpetrator who also belonged to the NCP. Although Saseendran later said he was not aware of the case’s gravity, it has caused government much discomfiture as it broke out exactly when it was carrying out a campaign against atrocities against women, dowry etc. Interestingly, Saseendran was caught in a similar case in 2017 too while he was Transport minister in the last LDF government when an audio clip of his allegedly lewd telephonic conversation with a woman was aired by a news channel. This led to his resignation only to be reinstated later when the police after investigation said Saseendran was honey-trapped in a sting operation conducted by a newly launched television news channel in order to grab viewership. The sting was done by the channel’s reporter pretending as a housewife. The channel’s leaders were later arrested under charges of criminal conspiracy.

More than anything, it has damaged the Left's moral strength which was traditionally seen as superior to that of its rivals even by its critics

Two other cases which have now put the government in deep trouble are the gold smuggling based at Kozhikode International airport in which some key CPI(M) activists appear seriously involved and the more than Rs 100 crore financial scam burst out from a CPI(M)-controlled cooperative bank in Thrissur. The scam in which many CPI(M) local leaders are involved may soon kick open more worm cans in the state’s cash-rich and politically controlled cooperative banking sector.

The government has come under another dark shadow on account of the multi-crore illegal tree felling and smuggling racket which operated with the alleged connivance of high level officials and political leaders at Muttil South village in Wayanad. The Kerala High Court recently blasted the government for the tardy progress of the investigation in the case and the inordinate delay in booking the culprits even after more than 700 cases were registered by the Forest department and police. Only a day after the court’s angry intervention did the Special Investigation Team arrest the three brothers and two timber merchants. Members of the office staff of former Revenue Minister E Chandrasekharan of CPI too stand accused of being in league with the culprits.

The surge of controversies one after the other so early in its tenure has sullied the Left’s historic popular mandate won against heavy odds. More than anything, it has damaged the Left’s moral strength which was traditionally seen as superior to that of its rivals even by its critics. Opposition leader VD Satheesan charged that the CPI(M) appears to have a hand in every crime surfaced in Kerala. With the second term in government, the situation is likely to get worse for LDF if enough caution is not exercised as corruption and sleaze thrive where power concentrates. The Bengal Left’s long innings in power that gradually led to the decay of its vitals and the final collapse is a stark pointer.

Interestingly, the present LDF government appears to have more than one uncanny resemblance with the UDF ministry that came to power in 1977. Kerala was one of the few states where the Congress was voted back to power in the post–Emergency assembly poll of 1977 even when it was trounced nationally. It was also the only instance in Kerala when a party/front was returned to power for the second time consecutively before the present LDF. Like the LDF which won a whopping 99 seats in 2021, the UDF in 1977 had grabbed a record 111 of the 140 seats.

The similarities do not confine to positives alone. If the Pinarayi government is facing a string of controversies within barely two months after it came to power, the then UDF government led by K.Karunakaran had suffered a worse fate even before it passed a month. On 25 April, the day it completed exactly one month in power, Chief Minister Karunakaran resigned following adverse findings made against him by the Kerala High Court in the stormy Rajan case. P. Rajan, an engineering student, was killed in police custody during the Emergency days while Karunakaran was the all powerful Home Minister. Later when the case came up in the court, Karunakaran, in an affidavit stated in the court that Rajan was never arrested. This was subsequently found false and the High Court ordered prosecution against Karunakaran for perjury. It was this order by Justice P Subramonian Potti that forced Karunakaran to step down. History often has that mysterious penchant to repeat in various ways.