Lok Ayukta on deathbed, transparency too 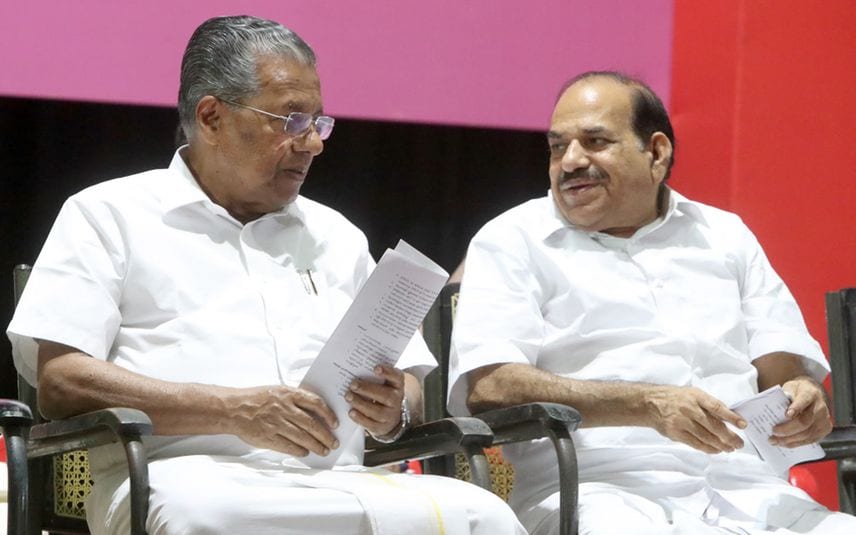 'Power tends to corrupt and absolute power corrupts absolutely. Great men are almost always bad men', wrote Lord Acton, the 19th-century British politician to Bishop Mandell Creighton. It is also right that power blinds its wielders and absolute power blinds them absolutely. Otherwise, how could those holding powerful positions initiate such obviously foolhardy and reprehensible actions that are guaranteed to blacken their names in history and evoke extreme contempt in future generations? Pandit Nehru, one of the world's greatest democrats, could never erase the lifelong blot in his credentials caused by his decision to sack the first elected government of Kerala. His daughter, Indira Gandhi's name, was permanently damaged by her Emergency declaration. Interestingly, many of these huge mistakes would even make the leaders who commit them wonder later how on earth could they ever have made them! Often, these actions could be within the legal or constitutional limits if they are examined through the strictly technical lens of law. Like the dismissal of the EMS government or the Emergency declaration. Yet, their implications in history would go far beyond mere legality. They would be judged as the most disastrous chapters not only in the lives of these leaders but the nation too.

Watching the zeal with which the government's representatives defend the 'legality and constitutionality' of their plan to undermine the office of Kerala Lok Ayukta, it could qualify as this government's 'perfectly legal' disaster. Some observers have already called the proposed K-Rail, this government's 'emperor of disasters.' But, despite the fervor shown by its supporters, SilverLine's takeoff still looks bleak. Anyway, both have the potential to compete as Pinarayi's Nandigram/Singur.

Perhaps, the Quixotic Lok Ayukta ordinance may also end up in the list of this government's multiple bloopers that were withdrawn after getting slammed from everywhere. Their only net result was the self-inflicted damage to the government. Last Pinarayi government's most dangerous bungle was the proposed amendment of the Police Act, which would have become the most draconian law in the country. The government quite characteristically defended it stubbornly for some time only to withdraw it sheepishly later. By then, the proposal had grievously damaged CPI(M)'s much-trumpeted tradition of opposing repressive and authoritarian laws.

Kerala's most Left governments of the past had ensured their place in history with landmark actions and projects that radically changed the course of Kerala for the better. If the first EMS government brought in the historic land reforms and educational reforms, the latter governments were known for game-changer projects to expand literacy, public health facilities, decentralization of governance, etc. The complete literacy project, district councils formation, people's planning, etc., were milestones in this direction. They helped nourish and sustain the famed Kerala Model, ensuring inclusive development, grassroots democracy, and transparency in governance.

Among these transformative measures was the Kerala Lok Ayukta Act brought during the Nayanar government of 1999 and unanimously passed by the state assembly. It was prepared meticulously by the late former Chief Justice P Subramanian Potti, eminent jurist and CPI(M)'s fellow traveller and piloted by that sagely Communist, the late Law Minister E Chandrasekharan Nair of CPI. It helped Kerala's Lok Ayukta rise as the most powerful in the country because of Section 14, the very teeth of the law being attempted to be plucked by Nayanar's successors. What could be a more apt metaphor for the way the party has travelled in the past two decades?

No wonder the Kerala legislation was praised editorially by The Hindu as quite ahead of its times since it took more than a decade for the Supreme Court 'to pave way for automatic disqualification of an elected representative upon conviction'. One has no answer when even a much informed Law Minister P Rajeeve asks why Kerala should retain a clause that no other state has, forgetting that Kerala is what it is because it chose the route less taken by others! Even more hilarious is CPI(M) State secretary Kodiyeri Balakrishnan's discovery that the amendment is intended to foil the central government's evil design to misuse the provision to topple the state government. He even pathetically cites the terrible record of Congress and BJP states in preventing corruption to justify the proposed amendment. Seeing their present-day comrades' designs to kill their baby, Nayanar, Potti, and Nair should be turning in their graves! It also flies in the face of CPI(M)'s long stand and struggle for checking corruption and strengthening the Lok Pal provisions.

Kerala, Karnataka and UP were lauded as the states with the most powerful Lok Ayukta, while it was just ornamental in most other states. In Karnataka, 11 ministers, including the BJP Chief Minister Yediyurappa and the mining lords, Reddy brothers, had to quit their posts following strictures from the Lok Ayukta. It was the crusading Justice Santhosh Hegde who elevated the office of Karnataka's Lok Ayukta to its designated heights like the way T N Seshan did to the Chief Election Commissioner's post. In 2010 Hegde became the first Lok Ayukta in the country to quit against the state government's non-cooperation to prevent corruption. In UP, too many important political leaders were taken to task by the Lok Ayukta. Though the Lok Ayukta of Kerala too was endowed with immense powers, only K T Jaleel had to quit while he was minister after being found guilty of nepotism by the quasi-judicial body. But today, as many as 16 ministers of the previous ministry and one from the present face cases before the Lok Ayukta.

Certainly, there is a constitutional ambiguity regarding the Lok Ayukta Act's Section 14 in which the quasi-judicial and statutory body has been endowed with powers overriding the Constitution's Article 164 which says the council of ministers shall hold office during the pleasure of the Governor. It merits debate in society, at least in the legislature. But this government's move appears suspicious on many counts. First is the ugly haste to resort to the ordinance route to bypass debate. Secondly, the suspicious circumstances of as many as 16 members of the present and previous ministries, including the Chief Minister being embroiled in cases now before the Lok Ayukta. Why did it take more than two decades to discover the 'anti-constitutionality' of the law? Even in 1999 when the complexity of Section 14 was discussed members of all parties -more so by the CPI(M)- shouted from the rooftops for its retention. Why didn't Jaleel raise this issue when he petitioned the High Court and Supreme Court against Lok Ayukta's declaration against him? Instead, what he did in October 2021 was quietly withdraw his petition even before the Supreme Court issued its order.

But beyond the legality and constitutionality of Section 14, what is at the core of the government's present move is the lack of commitment to preventing corruption and strengthening transparency in governance. At a time when common people have been haunted by unprecedented levels of corruption and increasing opaqueness in governments, the few institutions remaining to ensure transparency like the Lok Ayukta could be undermined only at the peril of true democracy. It was Amartya Sen the staunchest advocate of the Kerala Model who said how vitally interdependent are the concepts of democracy, development, freedom, and transparency and the lack of any one of them would make all others absent.